(Ⅰ) Origin of the tradition of continuing the Christian faith

The Remains of Hara Castle is one of the components that bears testimony to what triggered the hiding of Japanese Christians. The castle remains became the major battlefield during the Shimabara-Amakusa Rebellion during the period when the ban on Christianity became stricter on a national scale. The rebellion had a great impact on the Tokugawa Shogunate and triggered the establishment of Japan’s national seclusion policy for over two centuries, prohibiting the arrival of Portuguese ships that could be used to smuggle missionaries into Japan. Under this seclusion policy and the subsequent absence of missionaries, the remaining Christians were left to maintain their faith in hiding by themselves, and they would have to find a new place to maintain their religious communities.

The Remains of Hara Castle are located in the southern part of the Shimabara Peninsula, in the southeastern area of the Nagasaki region. The castle was built on a hill where a cliff protrudes out over the sea. The castle was protected on all four sides, by the sea to the east, north, and south and by swampland on the western side. The castle became a battlefield during the Shimabara-Amakusa Rebellion of 1637. Archaeological excavation has revealed that the Hidden Christians had united themselves in an organisational manner during the early phase of the ban on Christianity.

Arima, the Catholic feudal lord, constructed the castle from 1598 to 1604, according to the Jesuits’ reports. The castle was owned by the Matsukura clan who ruled the Arima domain after the Arima clan, but was abandoned when Matsukura constructed a new castle as his new residence in 1618.

Suffering from the strengthened ban on Christianity and excessive taxes imposed by the Matsukura clan, as well as famine, in 1637 some twenty thousand Japanese Catholics, most of whom were peasants in the southern part of the Shimabara Peninsula and from the Amakusa area, revolted against their lord in what became known as the Shimabara-Amakusa Rebellion. They were besieged in the castle under the command of Masuda Shiro. The Shogunate forces attacked the rebels with 120,000 armed troops. However, due to the fierce counterattack mounted by the rebels, the Shogunate forces counted more than 8,000 deaths and casualties. After four months of battle, almost all of the rebels were killed, regardless of age and gender.

Former vassals of Christian feudal lords, Arima Harunobu and Konishi Yukinaga, led the rebel group. Such leaders had headed the Christian communities, called Kumi, even after the imposition of the ban on Christianity. The Shogunate forces also recorded that the rebel group built a chapel and preached Christianity in it during the siege of Hara Castle.

Archaeological excavation at the Remains of Hara Castle has revealed countless human bones and devotional tools, including crucifixes made of materials that had been used for bullets by the besieged Christians and medals that their ancestors had received from European missionaries during the period of Catholicism’s introduction and had kept for generations. The religious faith of the besieged Christians has been confirmed by such archaeological evidence.

In the western part of the Honmaru (main enclosure), remains of semi-underground type huts, built in a systematic manner, have been confirmed. Such archaeological evidence attests to the fact that the besieged Japanese Catholics had maintained their faith on a village and family basis and in an organised manner even after Christianity had been prohibited. The fact that their devotional tools were found embedded in buried stone walls during archaeological excavations suggests that the Shogunate forces completely demolished the castle after its capture, for fear that it could be used for another rebellion.

The Shogunate forces took back artefacts as trophies from Hara Castle after the rebellion, and some of these still exist, such as a Catholic community’s flag that had been brought to the castle by the besieged Catholics and used as a flag for the rebel forces, and a Christian prayer book that was written in Romanised Japanese and used during the rebellion.

The memory of the rebellion was kept alive by Hidden Christian communities in Sotome, Urakami, and other areas in the Nagasaki region throughout the period of the ban on Christianity. 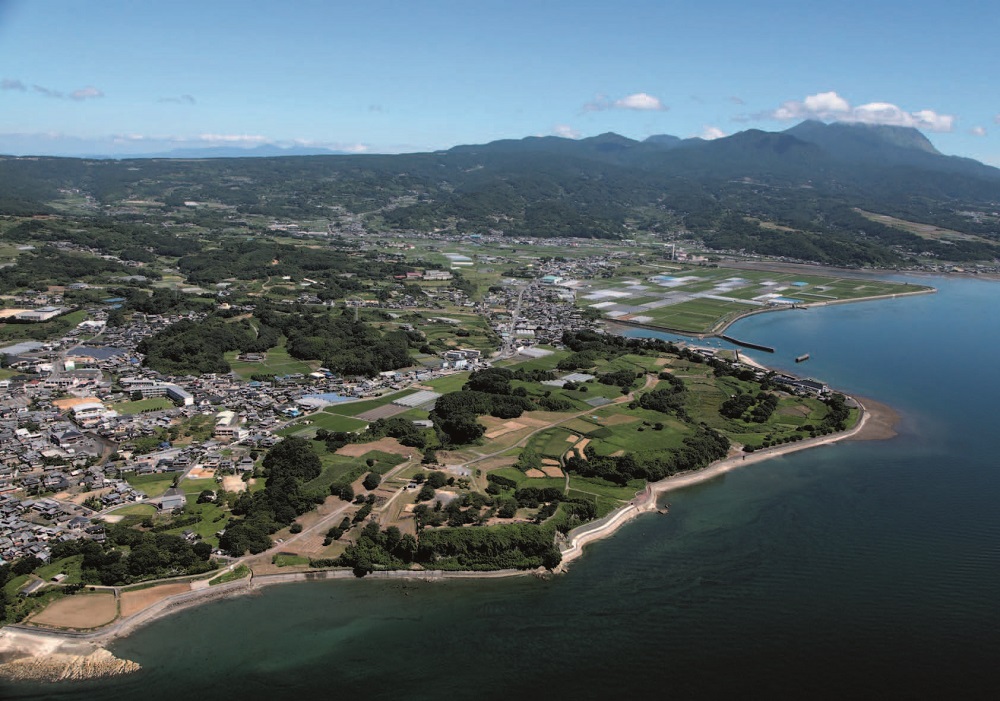 02_Honmaru (or the main enclosure) in the Remains of Hara Castle 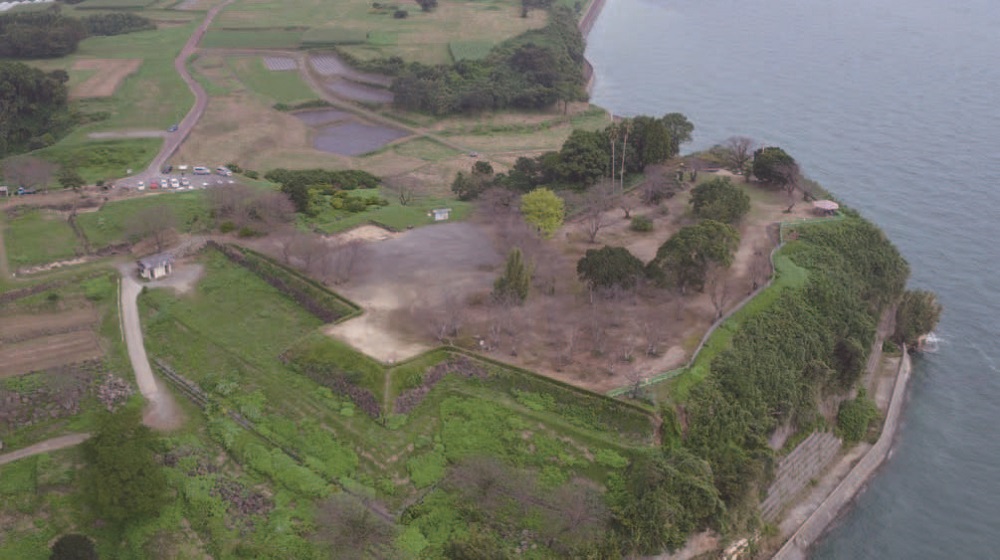 03_Ninomaru (or the second enclosure) in the Remains of Hara Castle 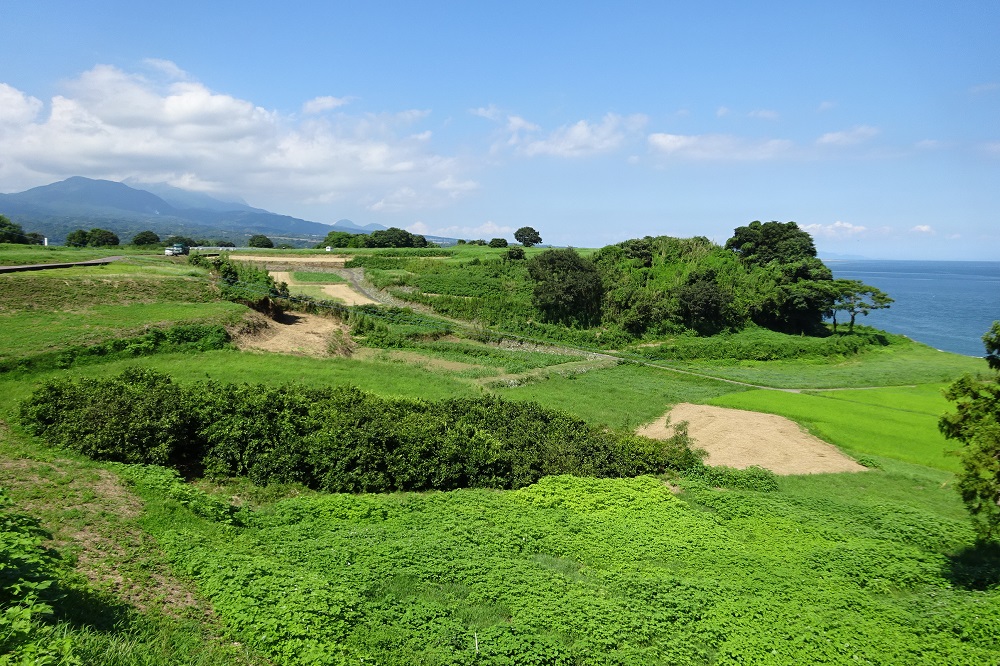 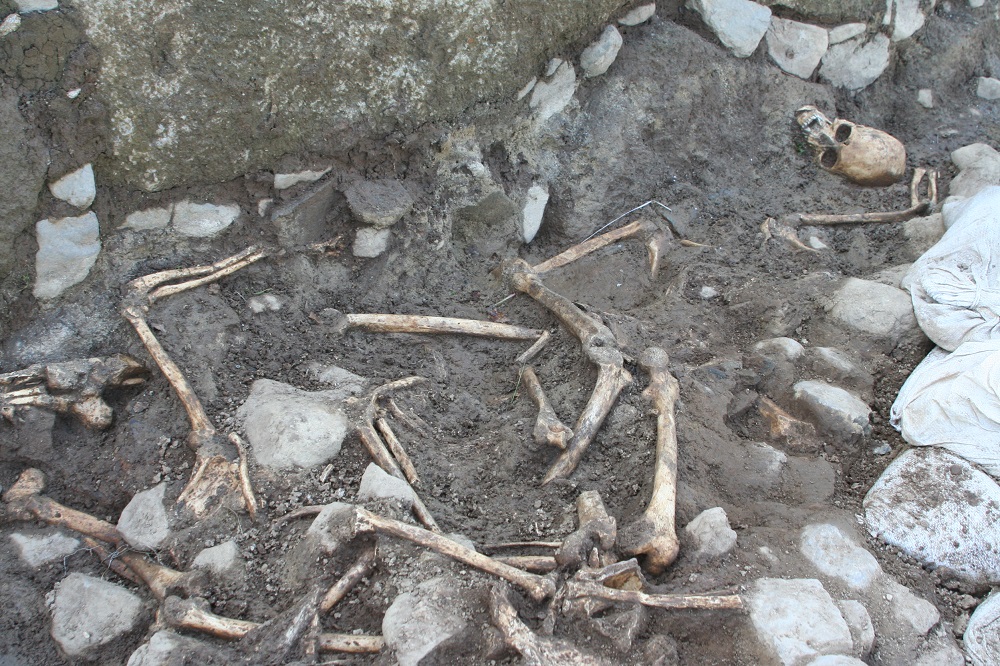 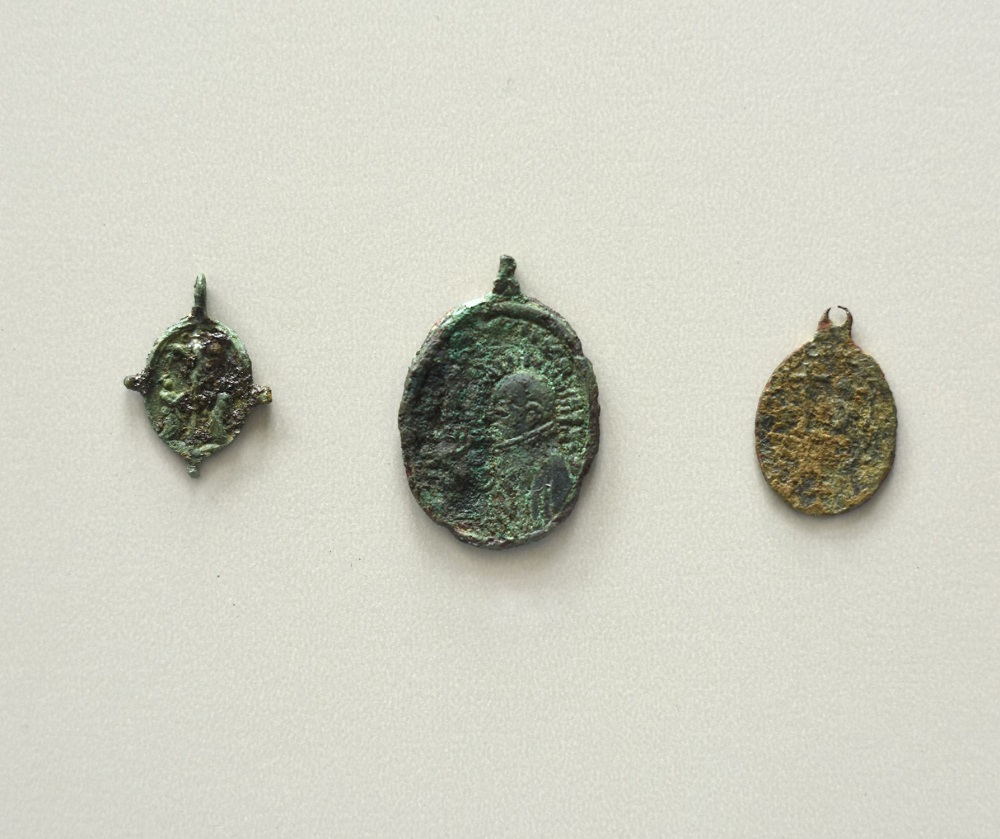 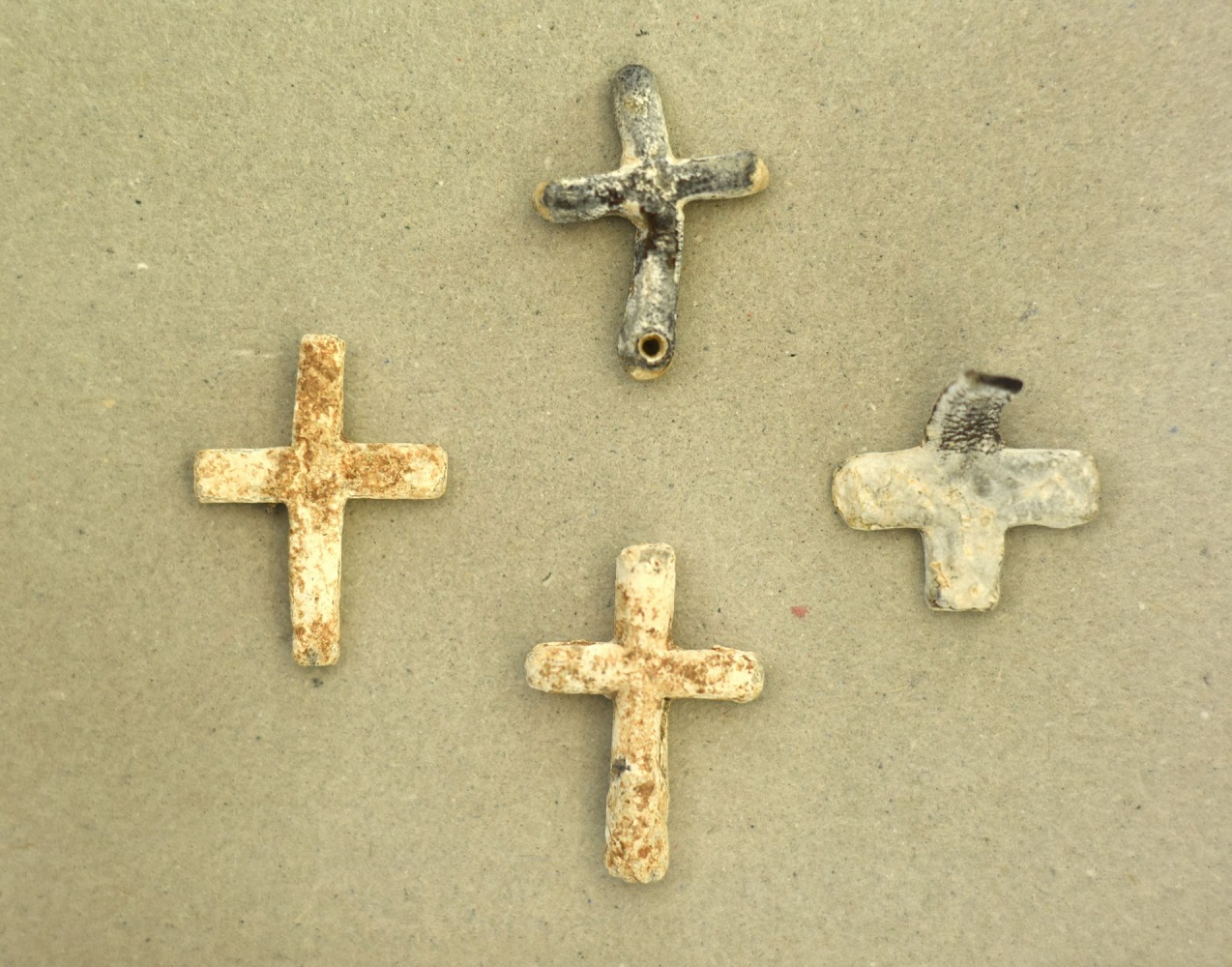 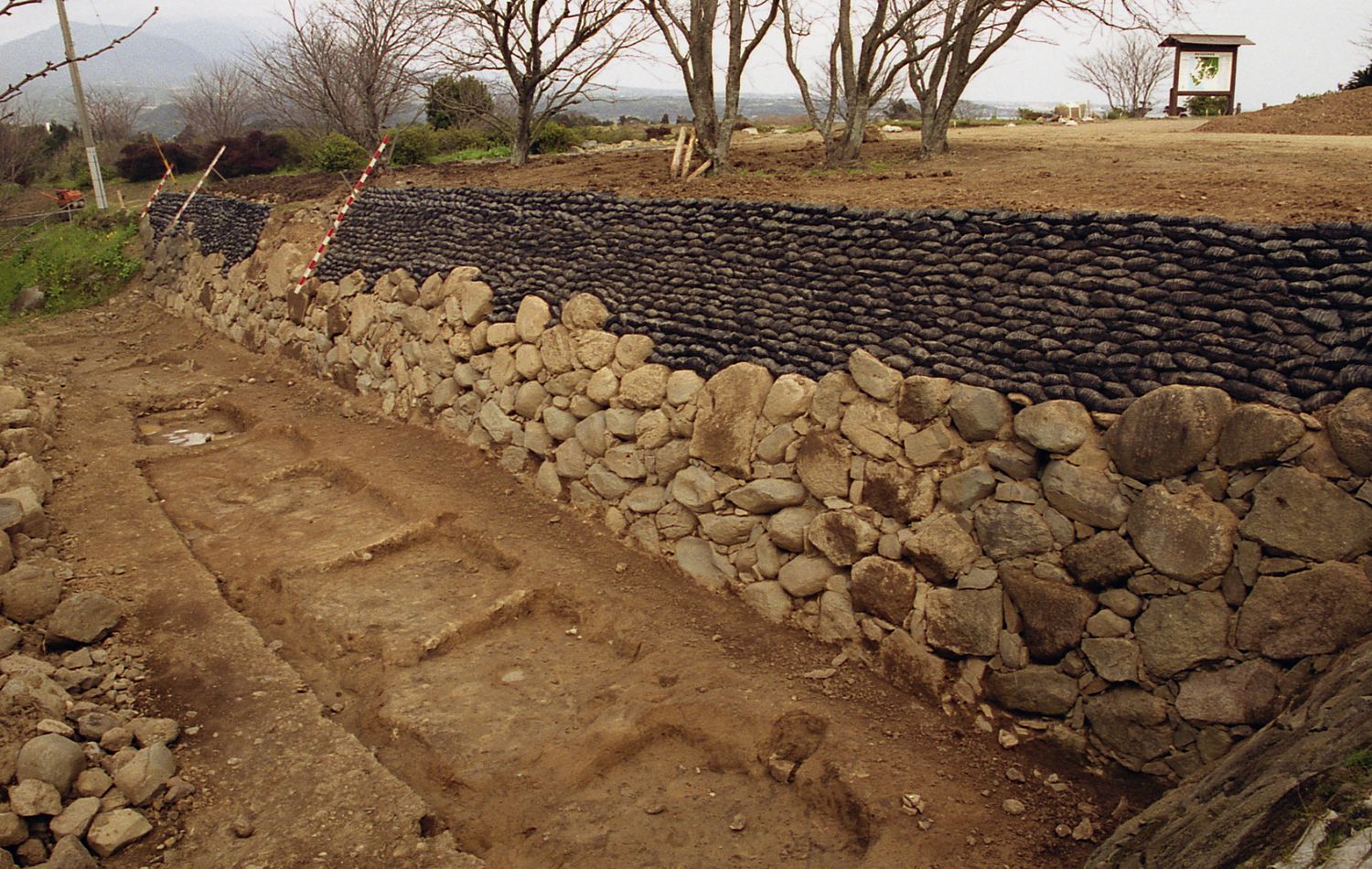 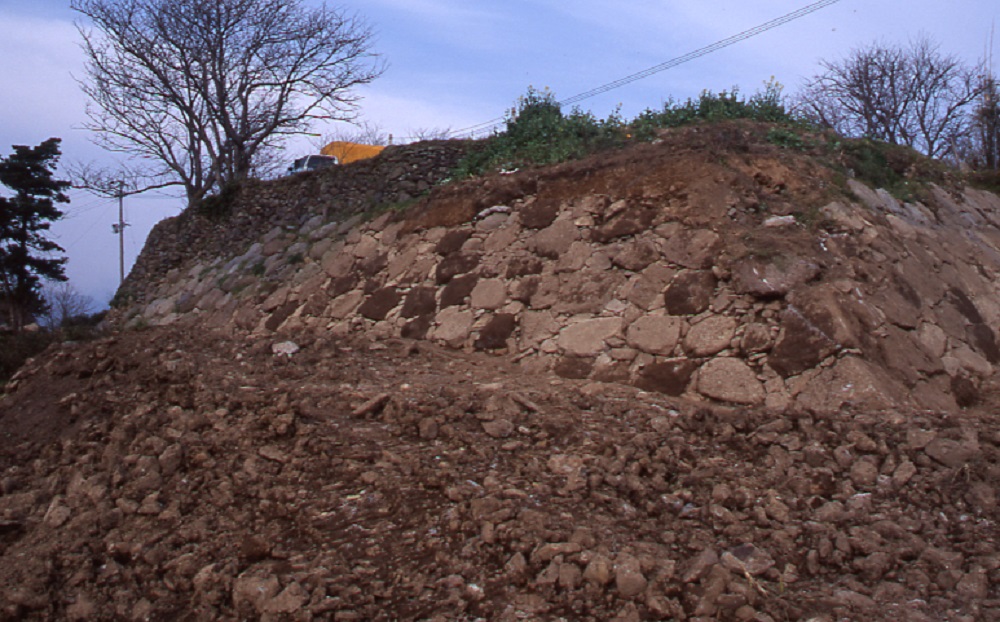 09_Remains of watchtower (a picture taken by Ikeda Tsutomu) 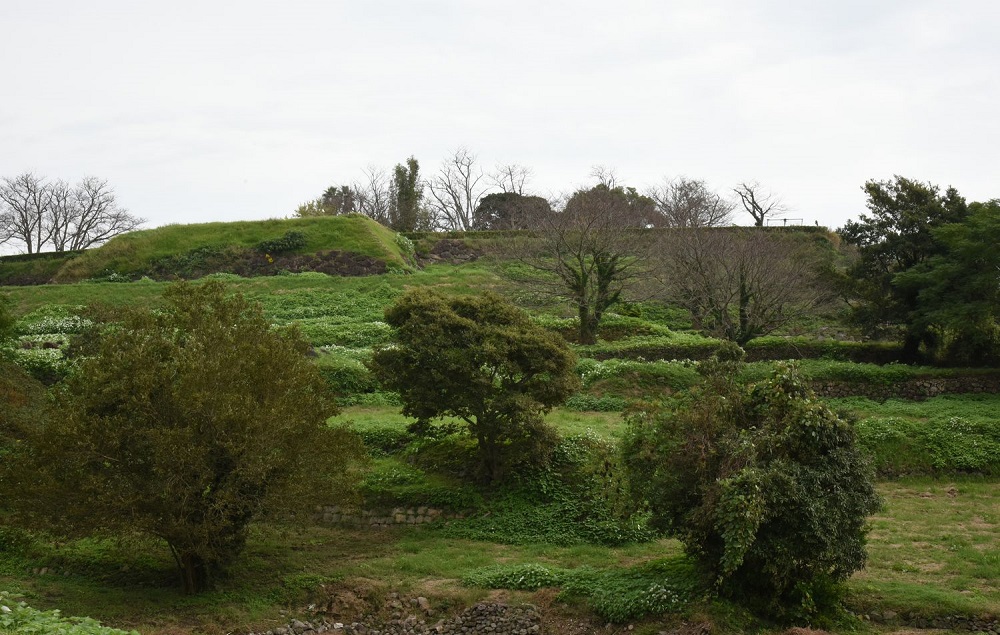 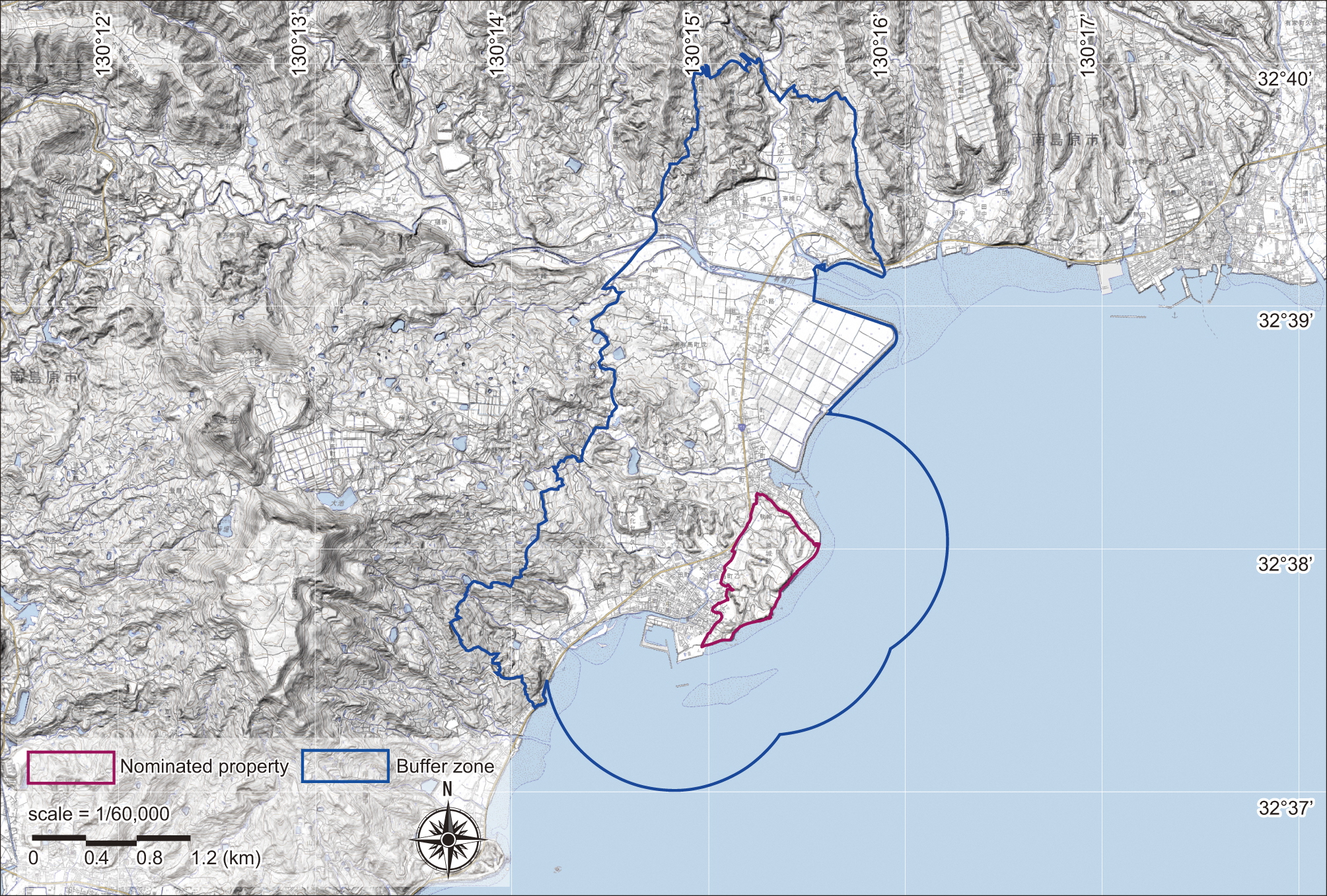