Kashiragashima Island is quite a small island with a circumference of barely 8 km located in Kamigoto, the northern part of the Goto Islands. The island includes the remains of a graveyard bearing testimony to the Hidden Christians’ migration to an island which had been used for the sick, the grave of the Buddhist who directed the migration and cultivation of the island, and the site of a Hidden Christian leader’s house that was used as the temporary church as well as the site of a church built after the end of the ban on Christianity.

The island is separated from neighbouring Nakadori Island (the main island in the Kamigoto area) by a 150-meter-wide strait, which frequently experiences violent tidal flows. The perimeter terrain of this mountainous island is mostly steep cliffs, and there is a small beach on the northern coast of the island. The island remained isolated and uninhabited even in premodern times, with only sporadic use for fishing activities and the like. Historical records from the middle of the 19th century state that the island was used for the sick. Tombs, presumably those of inhabitants at that time, were found on the beach of the Shirahama area in the north part of the island by an archaeological excavation.

In 1858, Maeda Gidayu, a Buddhist from Arikawa Village on Nakadori Island, moved to Kashiragashima Island to open up this frontier area and settled in Fukuura on the northern coast. With its relatively mild sea winds and a small river, Fukuura provided comparatively good conditions for human habitation on the island and it could also serve as a modest natural port. Gidayu built a house near the seacoast, founded a Shinto shrine behind it as the guardian deity of the area, and built a graveyard for his family in an adjoining location in later years.

During the next year, Gidayu invited several households from Tainoura Village on Nakadori Island to settle there also. These newcomers were Hidden Christians who had initially migrated to Nakadori Island from Sotome under the agreement between the Omura clan and the Goto clan. The Hidden Christians decided to follow the Buddhist man by outwardly behaving as Buddhists and further to migrate to Kashiragashima Island so that they could avoid conflicts with pre-existing Buddhist communities on Nakadori Island and live there more peacefully.

They first settled at Shirahama beach and cultivated the slopes extending from the beach up to the mountains behind the settlement by constructing stone retaining walls to make terraces, and grew potatoes as their main form of sustenance. In later years, they newly established Hidden Christian villages and farmlands in other areas, namely Tajiri on the southern coast of the island and Hamadomari on the western coast. While they outwardly behaved as Buddhists affiliated with a Buddhist temple on Nakadori Island, they continued their secret faith under the guidance of their own religious leaders.

In 1867, Domingo Matsujiro, the principal Hidden Christian leader in the Kamigoto area, whose father had served as the Mizukata in Sotome, moved to Kashiragashima Island. He built a house in the Shirahama area and used it as a temporary church, receiving a missionary from Oura Cathedral. The locals constructed a new wooden church near the temporary church in 1887, which was used until 1914. This construction symbolically marks the end of Hidden Christians’ hiding on Kashiragashima Island. In 1919, the present Kashiragashima Church was built using local sandstones near the site of the temporary church through 10 years of volunteer work of locals. Near the seacoast in the Shirahama area, a graveyard was also established and consecrated in 1905 for former Hidden Christians who rejoined the Catholic Church after the lifting of the ban. 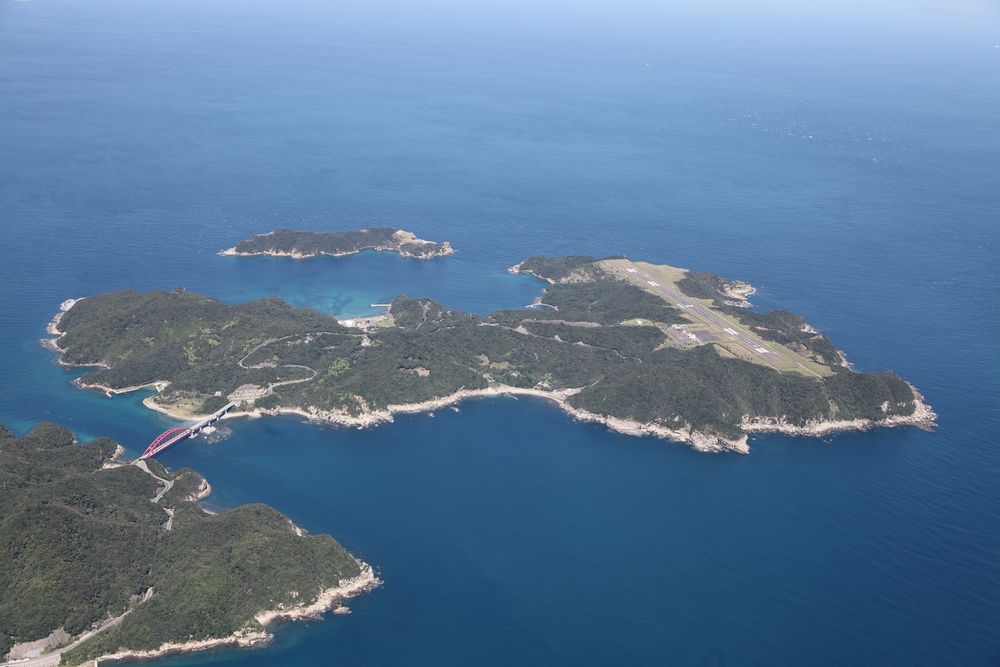 02_Photos taken during archaeological excavation in the Shirahama area (1995) 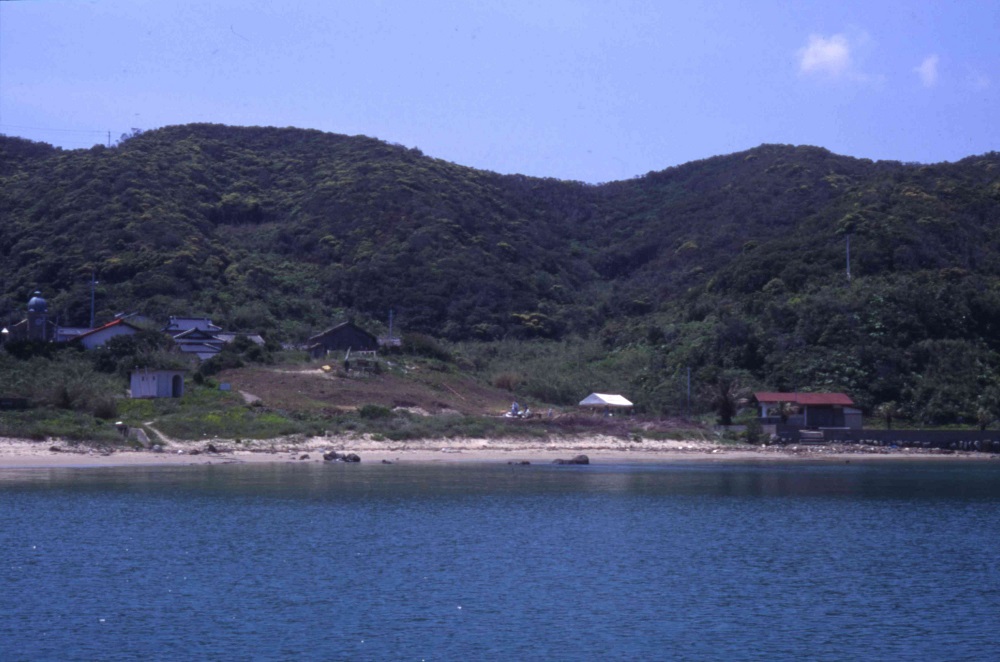 03_Human bones unearthed during archaeological excavation in the Shirahama area 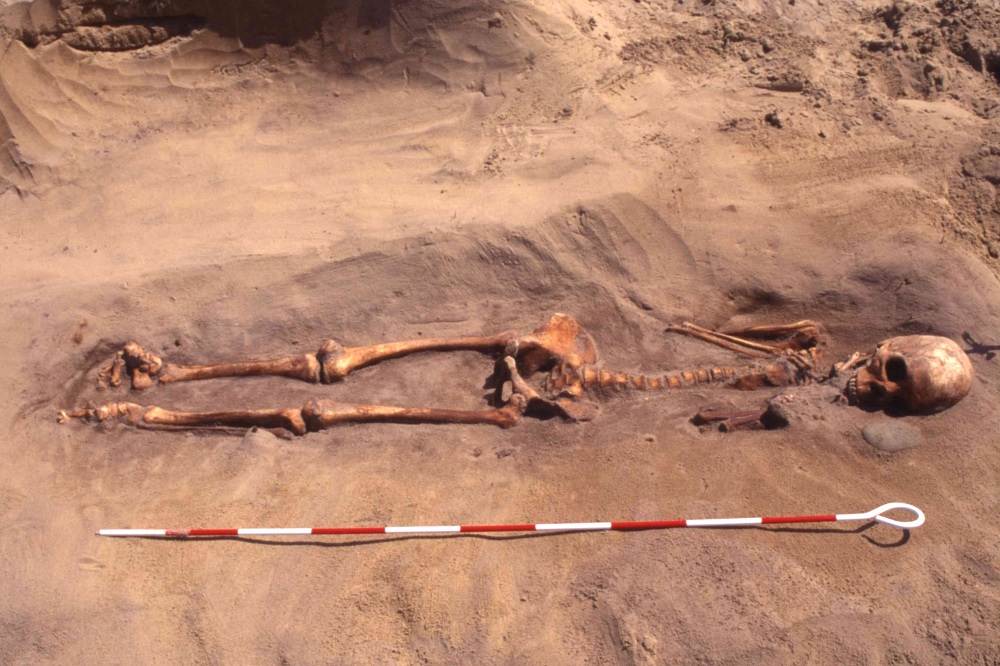 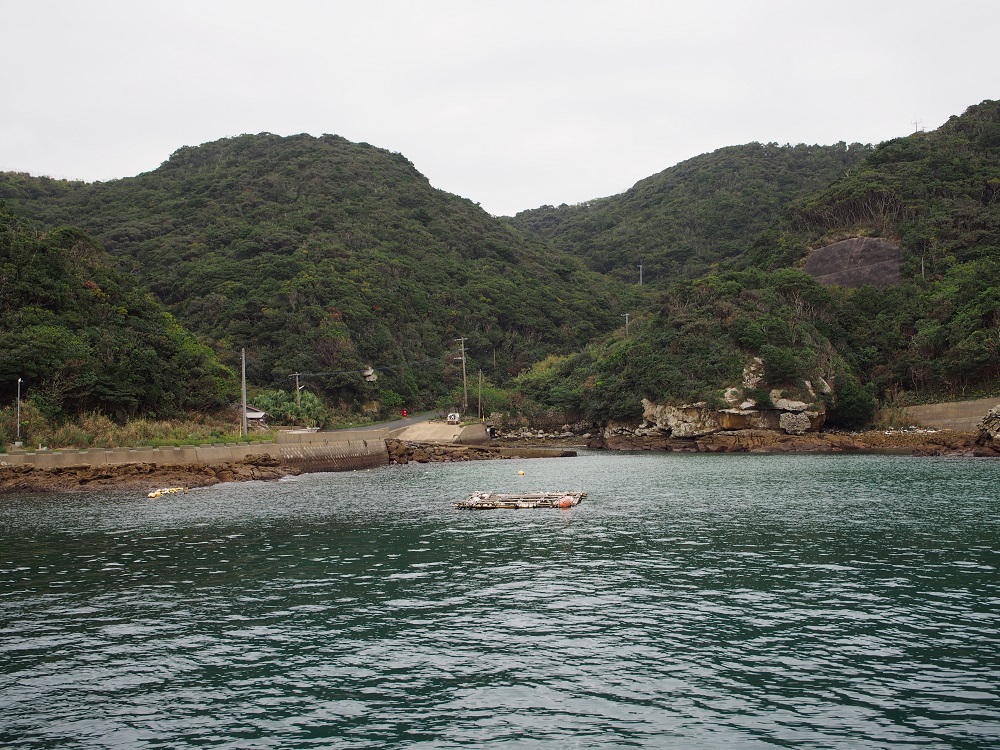 05_Graves of the Maeda family (a picture taken by Ikeda Tsutomu) 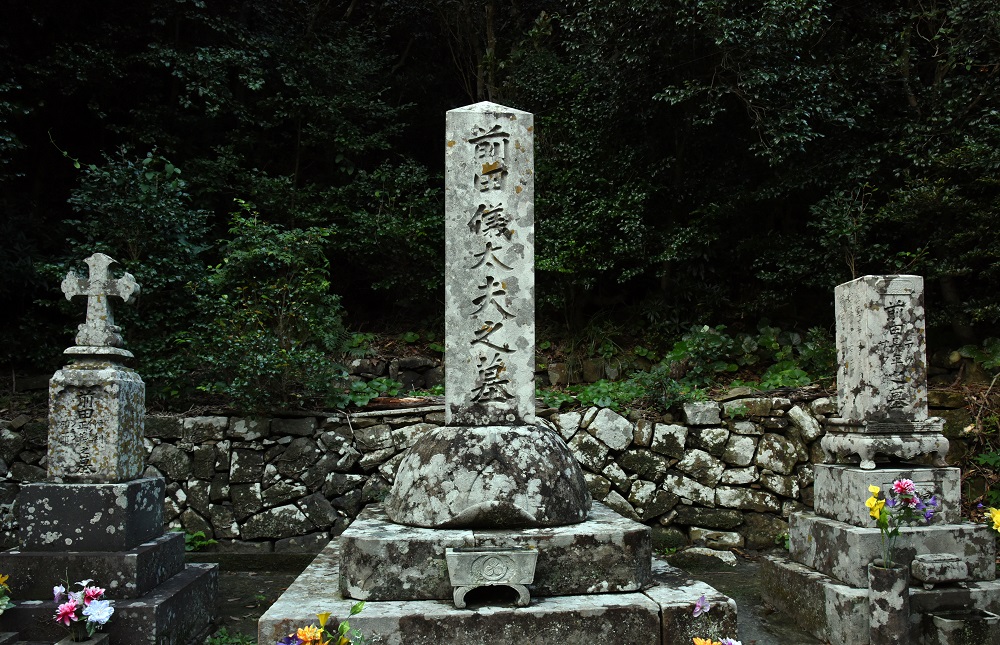 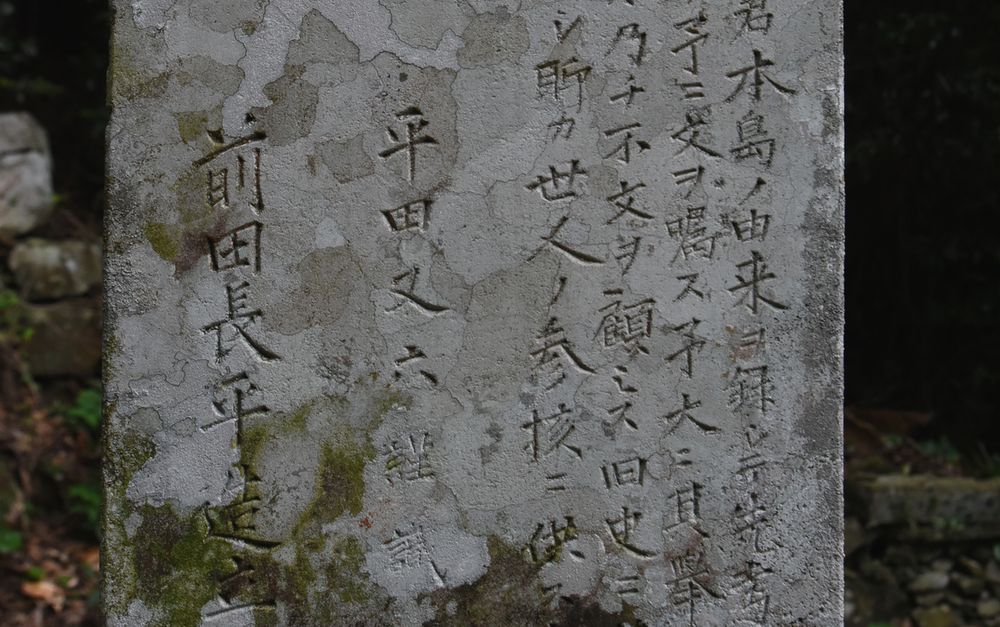 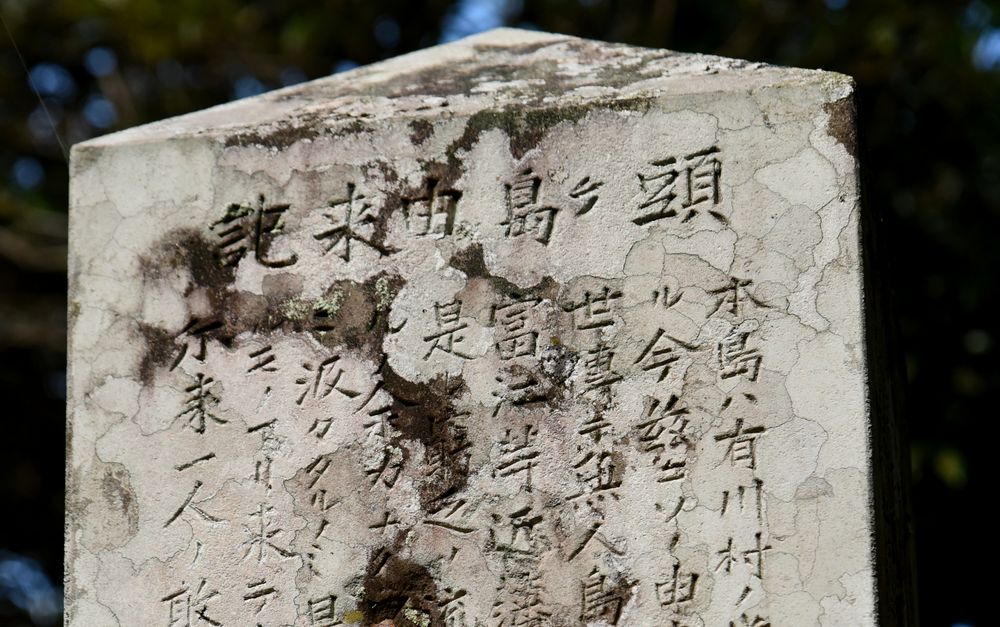 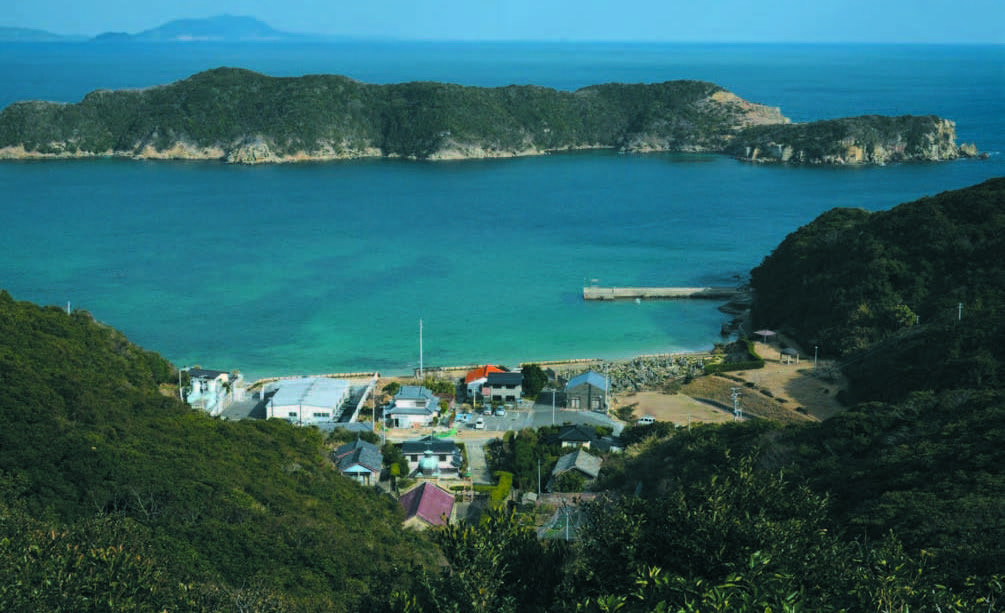 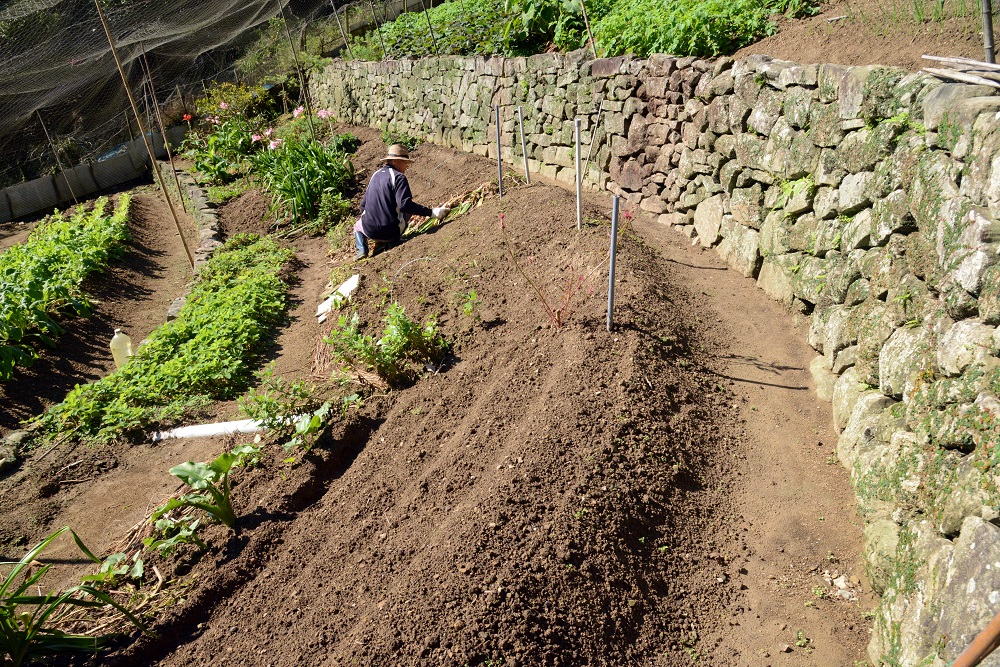 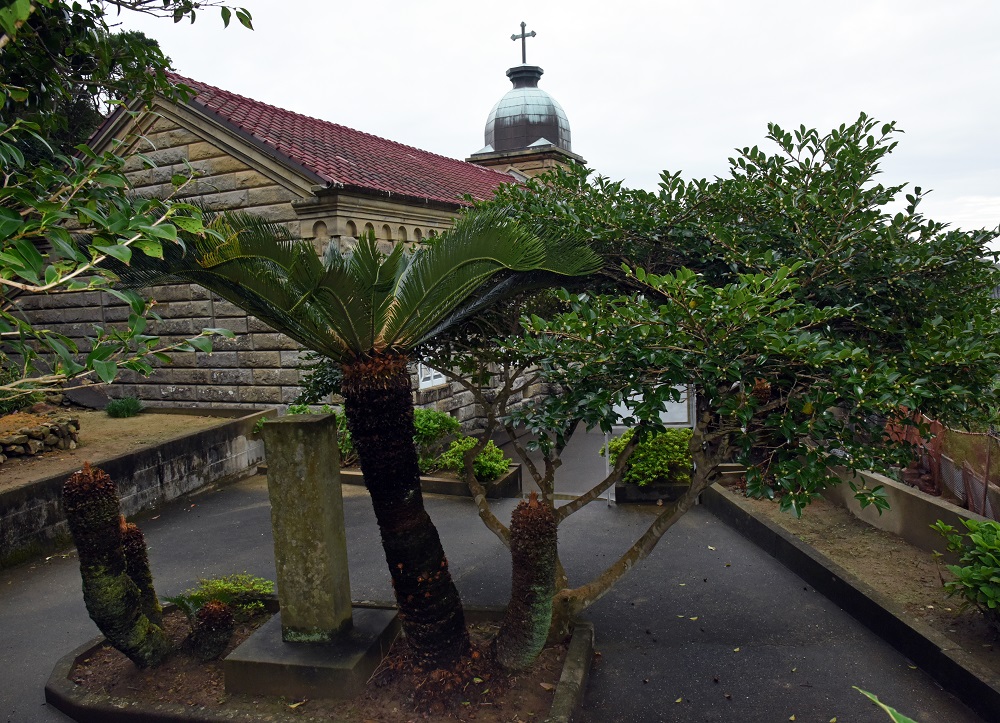 11_Current Kashiragashima Church standing on the site of the first church 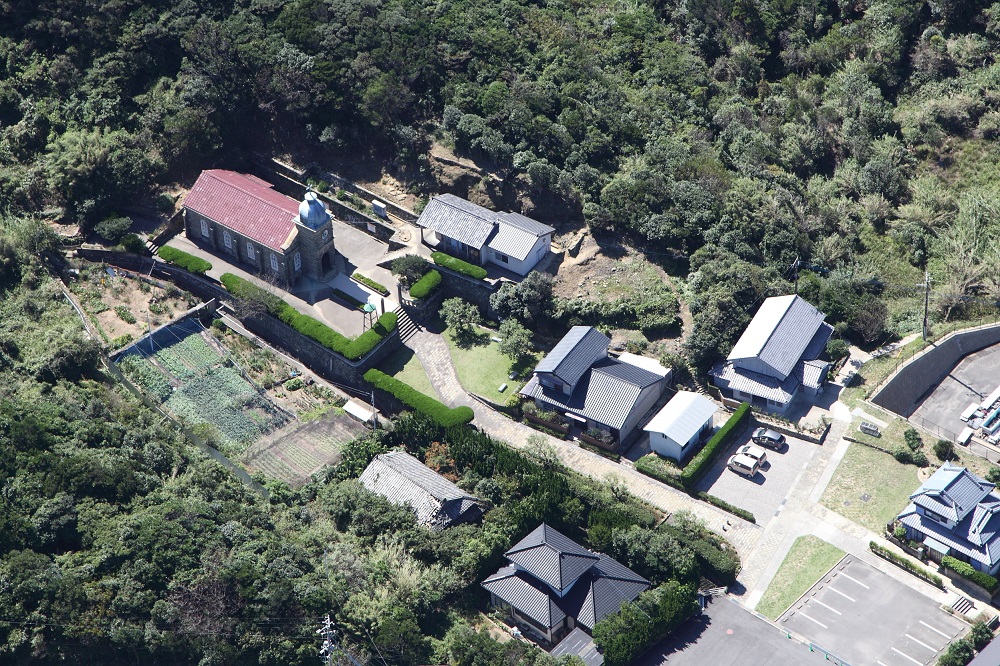 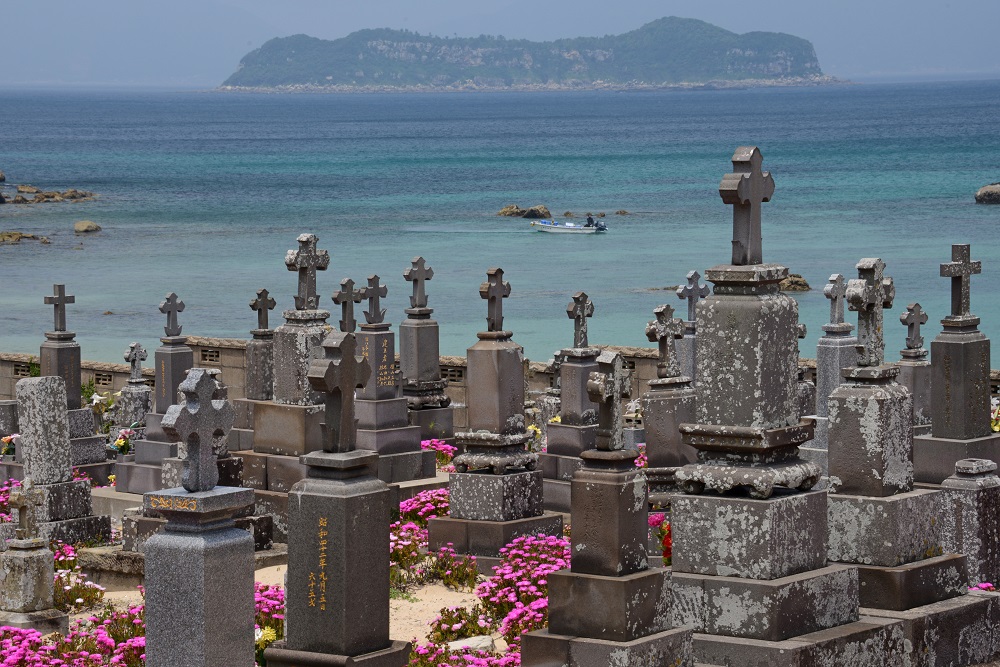 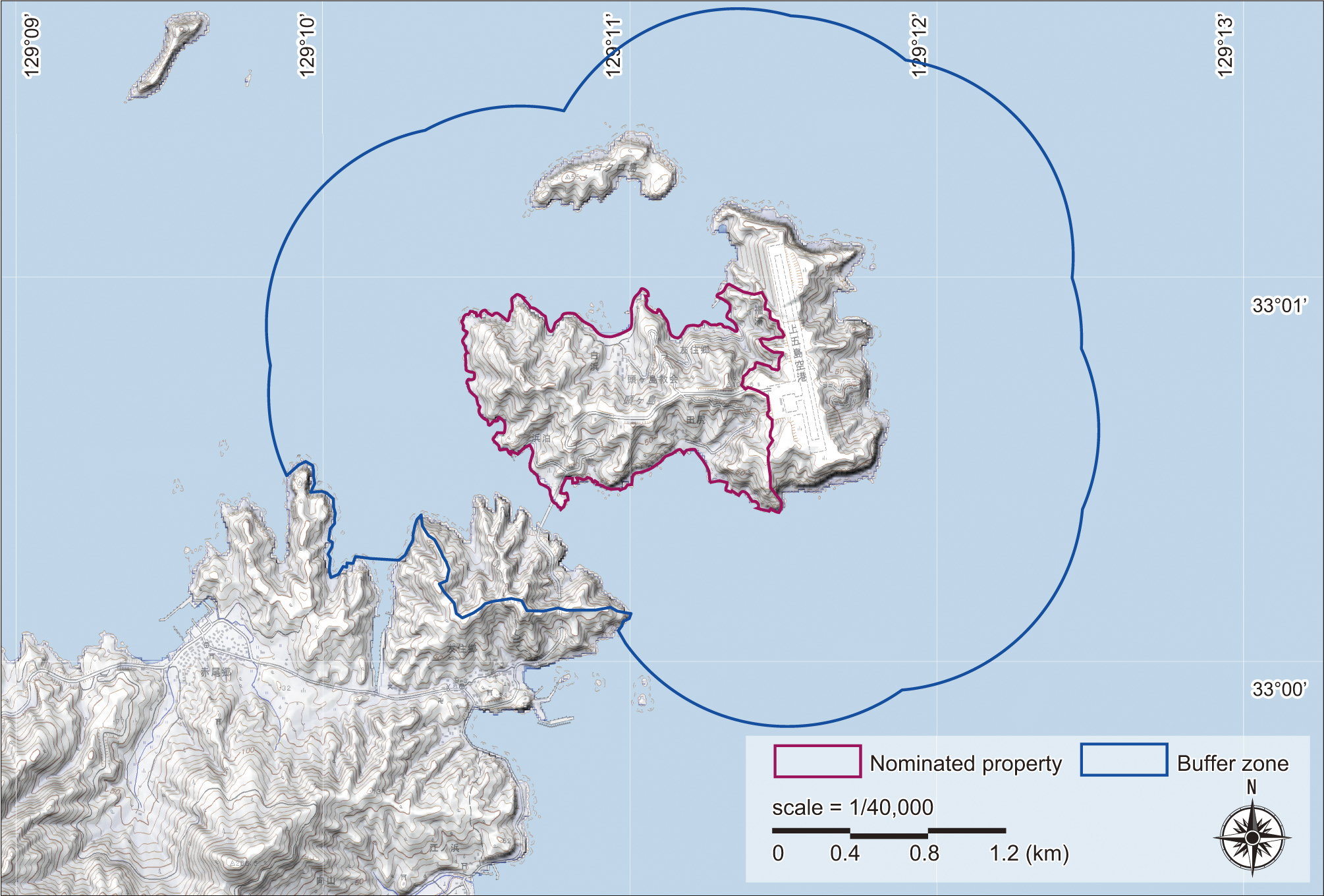