Shitsu Village is located in the Sotome area on the western coast of the Nishisonogi Peninsula, where the Shitsu River flows into the East China Sea. It comprises several sites of the houses in which Hidden Christians’ secret icons were kept, Hidden Christian graveyards, the sites of magistrate’s office and village headmen’s house that controlled the village during the ban on Christianity, the beach on which Catholic missionaries landed after the ‘Discovery of Hidden Christians’, the site of a temporary church and the present church that were constructed after the lifting of the ban.

Catholicism was introduced into the Sotome area by the Jesuit Francisco Cabral in 1571. Many villagers were baptised and a residence for missionaries was established in 1592 in Konoura, north of the Sotome area, suggesting that the missionary work had progressed well.

Although Christianity was banned nationwide in 1614, Shitsu Village was ruled by the Saga clan, which was relatively lax about enforcing the ban, and the village headmen (Shoya) and other representatives in the village were all Hidden Christians. The Hidden Christian villagers all outwardly belonged to a Buddhist temple under the administration of the Shitsu magistrate’s office, but they developed and maintained their own religious structure centred on local leaders who compensated for the absence of missionaries.

The Hidden Christian organisation in the village was composed of several small units called Kumi, and they observed the Catholic liturgical calendar (Ocho) that was introduced in the early stages of the ban. The representatives of these units elected the leaders, called the Jihi-sama, who represented all of the units of the village. The Jihi-sama was composed of three people, namely a leader, his assistant and a disciple. The Jihi-sama conducted baptisms and funerals in the religious community of the village and Hidden Christians gathered at the leader’s house to pray overnight on Christmas day (Gotanjo).

The Hidden Christian villagers possessed several secret icons: a large bronze medal known as the ‘Plaquette of the Immaculate Conception’ presumably brought from Europe in the 16th century, a copper statue called ‘Inassho-sama’, presumably brought from China, that originally represented a hermit but was likened to Ignatius of Loyola, one of the founders of the Society of Jesus, by the Hidden Christians, and several paintings of ‘Saint Michael’ and ‘the Fifteen Mysteries of the Rosary’ by Japanese artists. There is also a painting of ‘Our Lady of the Snows’ that is thought to have been transmitted from generation to generation in the Sotome area, including Shitsu. Another example is ‘the Immaculate Conception’ that is presumed to have been transmitted from generation to generation by Hidden Christians in Shitsu Village and later owned by Father Marc Marie de Rotz and brought to France. It was finally returned to Nagasaki in recent years. Hidden Christian villagers practised their religious faith, secretly revering these icons. They transmitted the Christian faith also using a catechism, transcribed into Japanese, including handwritten copies of ‘Konchirisan-no-ryaku’ (‘Abridgement of Contrition’) printed in 1603. They passed down a specific prayer (the Oratio) by word of mouth, but only chanted it in a low voice or prayed silently in daily life.

During the ban, the villagers developed terraced fields by building stone retaining walls on sloping terrain, mainly in order to grow sweet potatoes. As a result, the village layout was based on individual units composed of houses, farmland and graveyards. Such village layout is still kept almost unchanged. Since the population of the Sotome area was quite large despite its barren soil, people migrated to the Goto Islands based on the agreement between the Goto clan and the Omura clan in order to open up new land, beginning at the end of the 18th century. Shitsu Village was one of the major starting points of this migration.

In later years, the Hidden Christian communities in the village eventually split into several different groups, including those who joined the Catholic Church as their ancestors did in the 16th century, and others who decided to continue their own religious system developed during the ban (Kakure Kirishitan). This split developed into conflict over the ownership of the icons transmitted over generations (an event called the Nonaka Tumult).

In 1873, when the ban on Christianity was lifted, some of the Hidden Christians rejoined the Catholic Church and built a temporary church next to the house of an adherent in which one of the icons had been kept during the ban. Afterwards, in 1882, Father Marc Marie de Rotz of the Paris Foreign Missions Society constructed the present Shitsu Church on a hill overlooking the village, symbolically marking the end of the villagers’ hiding. This church has a characteristically low roof that was designed to cope with strong sea winds, as well as two steeples in both the front and the back as a result of extensions made in 1891 and 1909.

Father de Rotz also established a series of vocational facilities at the Shitsu Aid Centre, adjoining the church, to help the poverty-stricken villagers. This centre is located at the site of the magistrate’s office in which the authorities investigated Hidden Christians during the ban.

Immediately after the lifting of the ban, almost 3,000 former Hidden Christians rejoined the Catholic Church, fewer than the almost 5,000 Kakure Kirishitan who did not rejoin it but continued their own religious faith as they had practised during the ban. The number of Catholics in the village increased over the course of time, and there were almost as many Catholics as Kakure Kirishitan by the middle of the 20th century. Currently, most of the Kakure Kirishitan have converted to Catholicism or Buddhism. 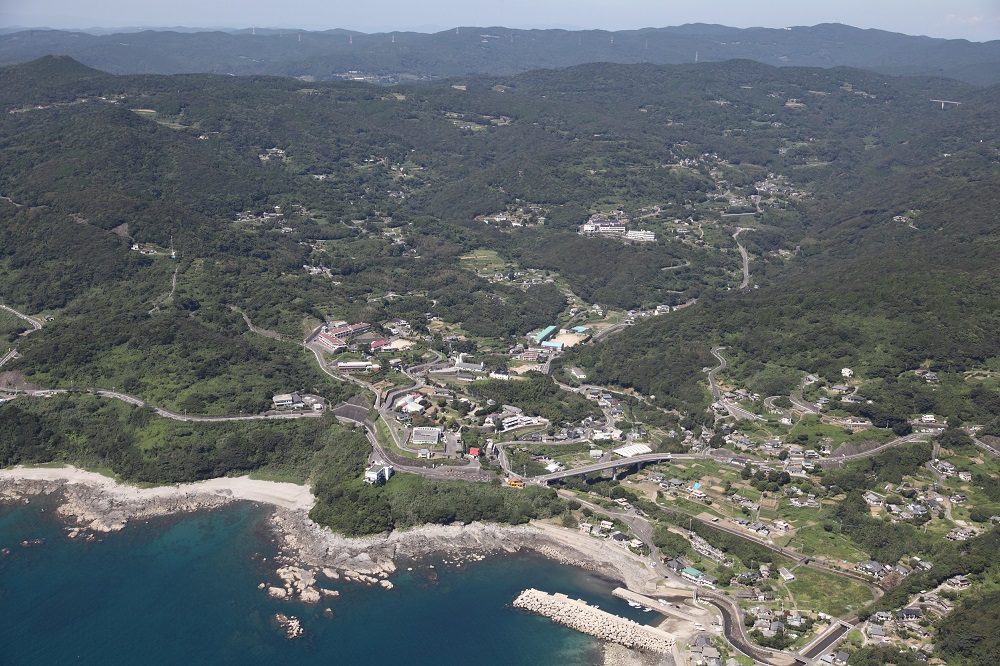 02_‘Plaquette of the Immaculate Conception’ (Housed in the Father de Rotz Memorial.) (Photo by Ikeda Tsutomu) 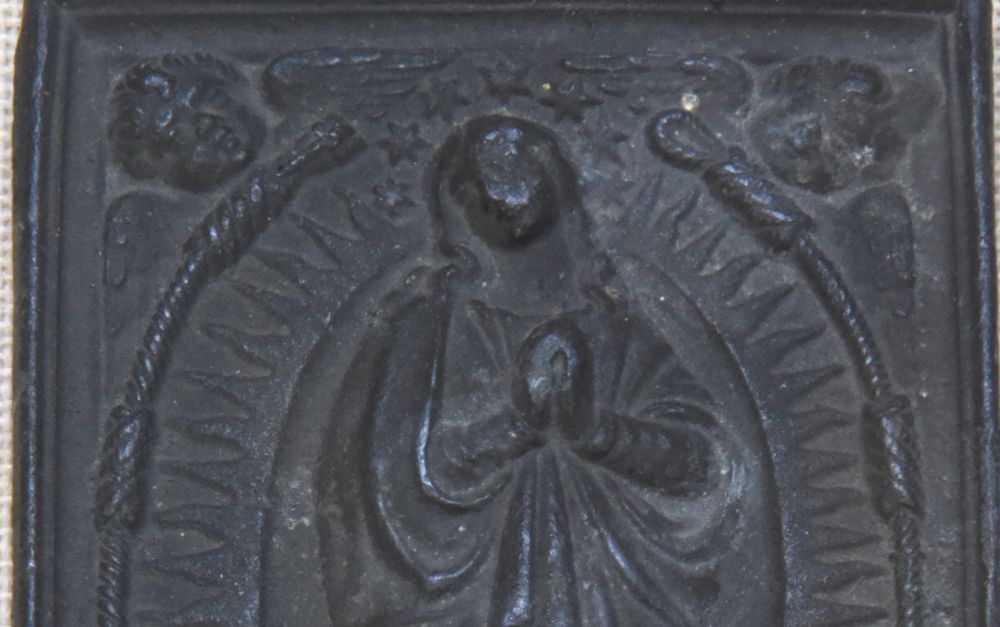 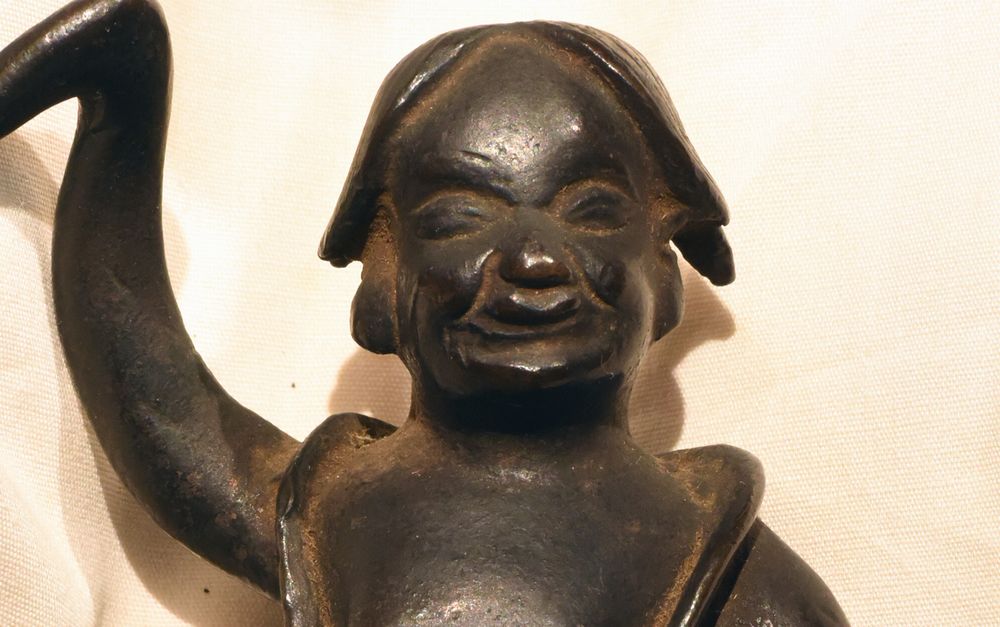 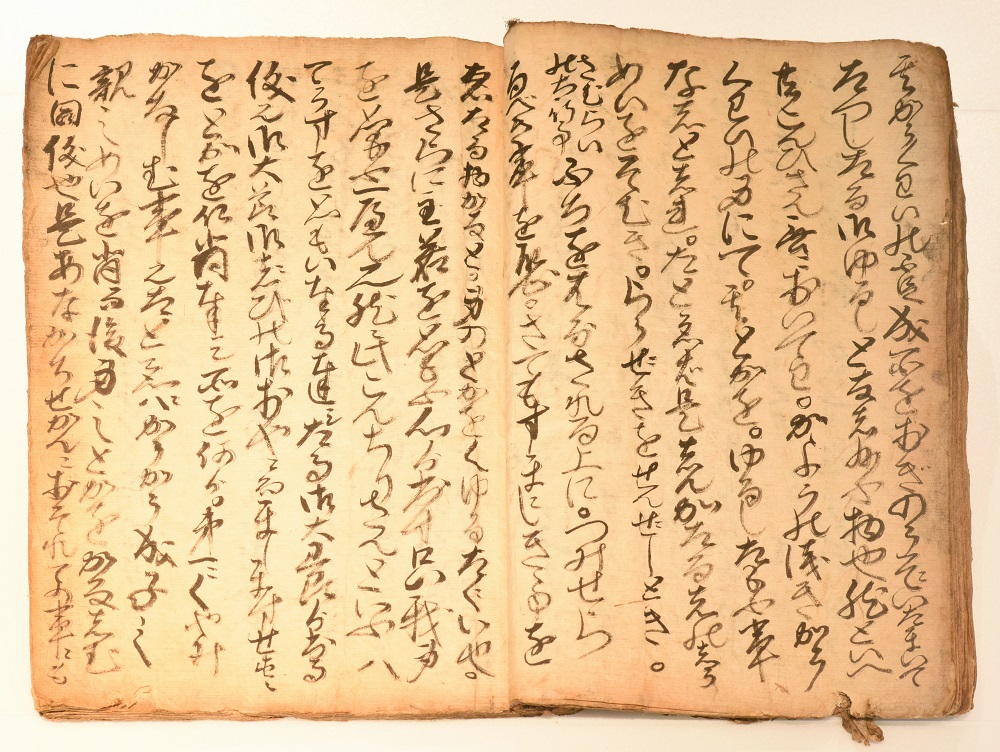 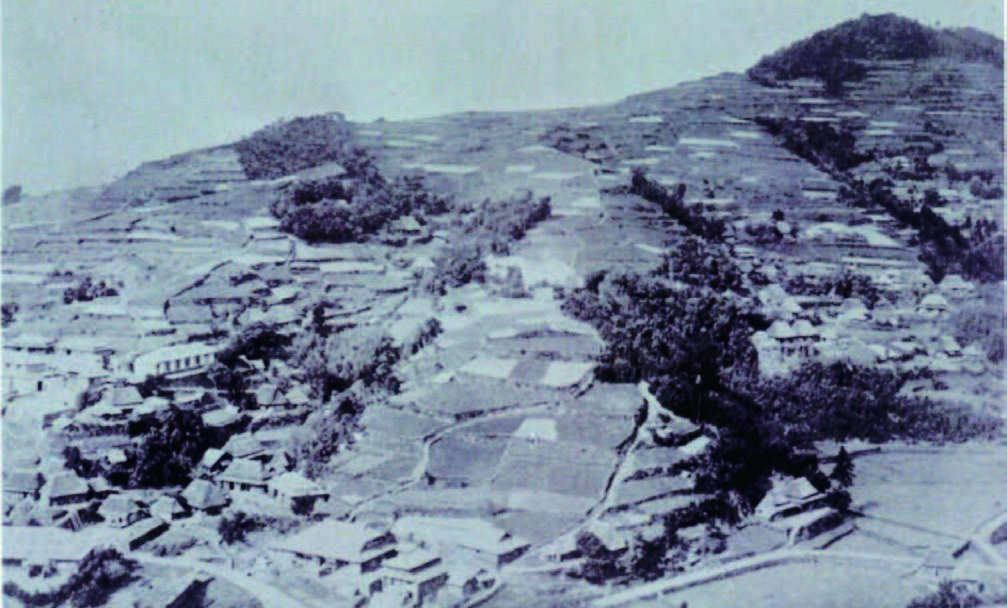 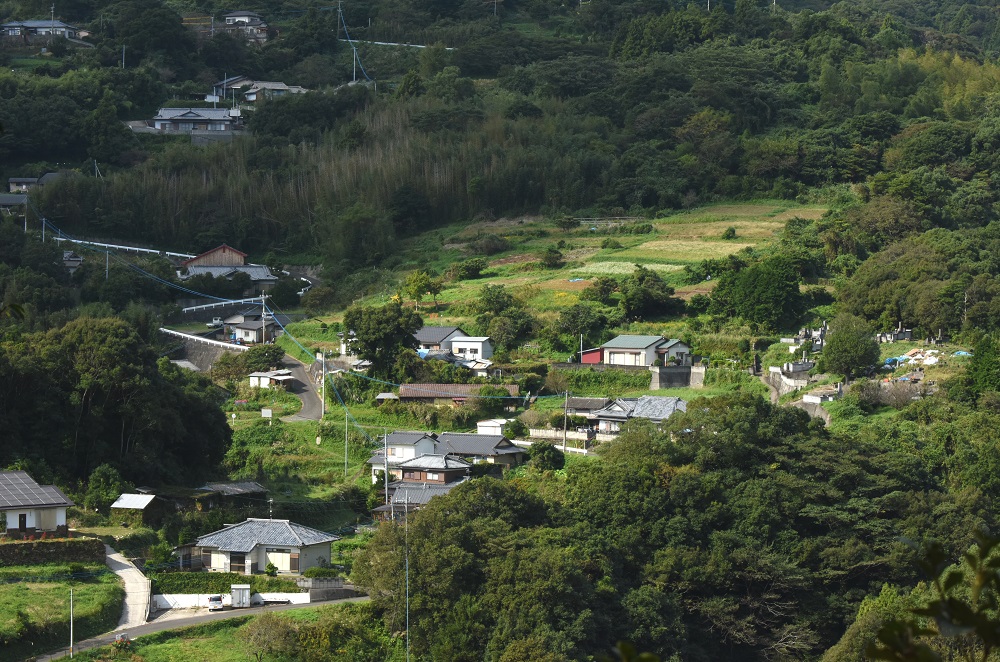 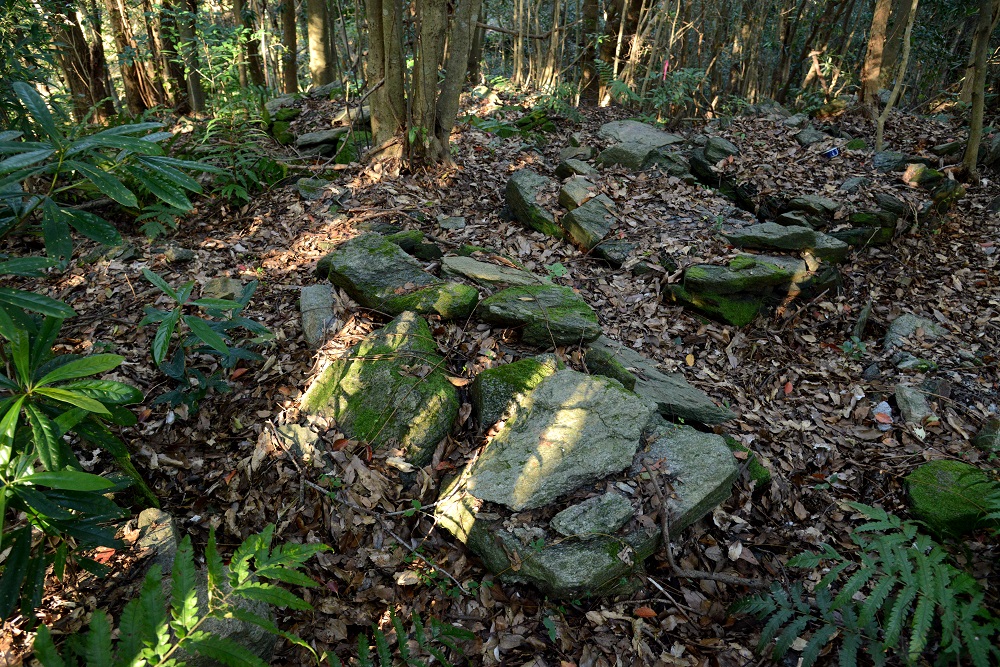 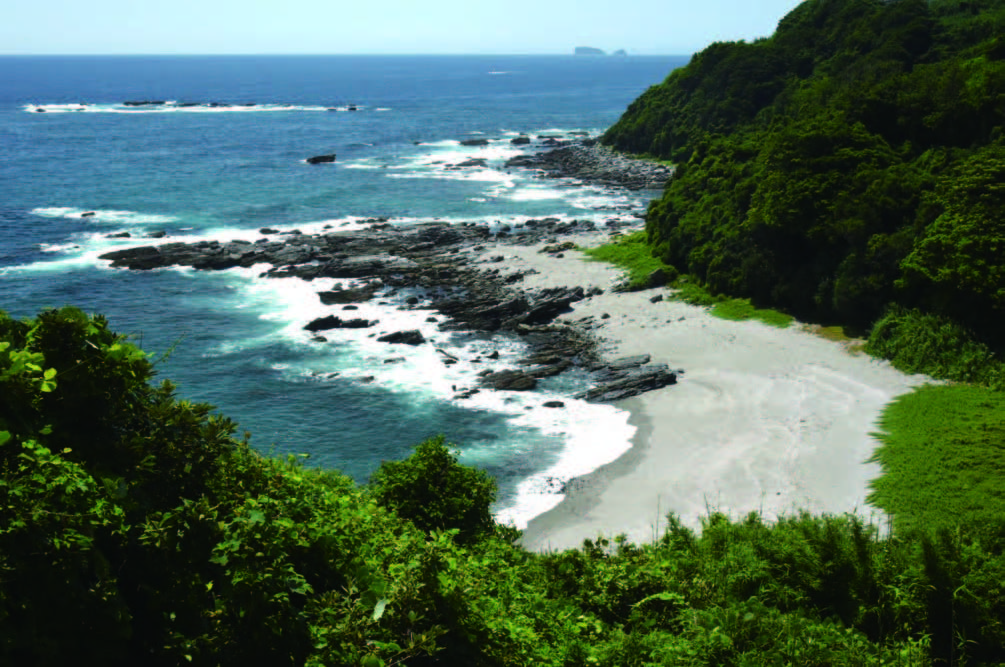 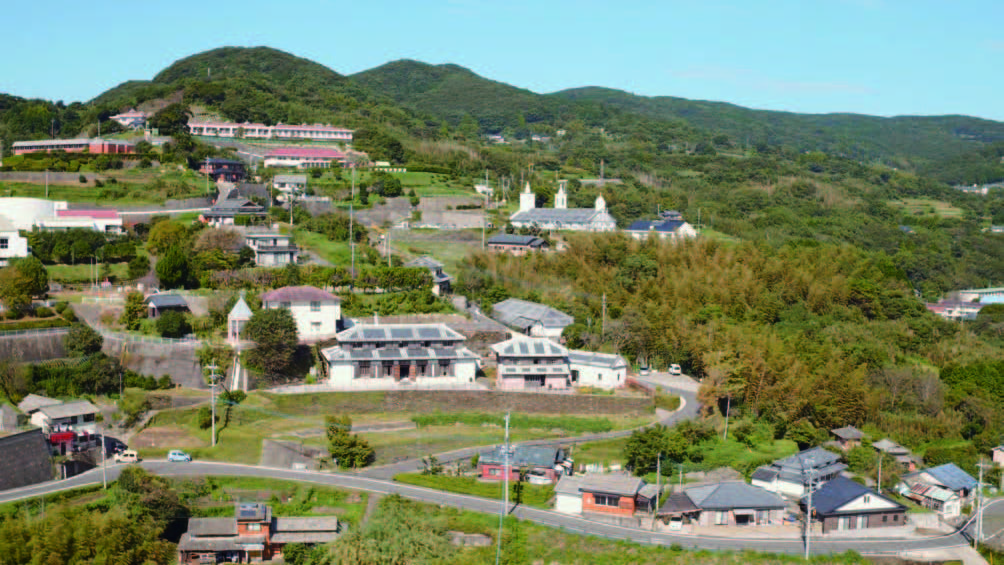 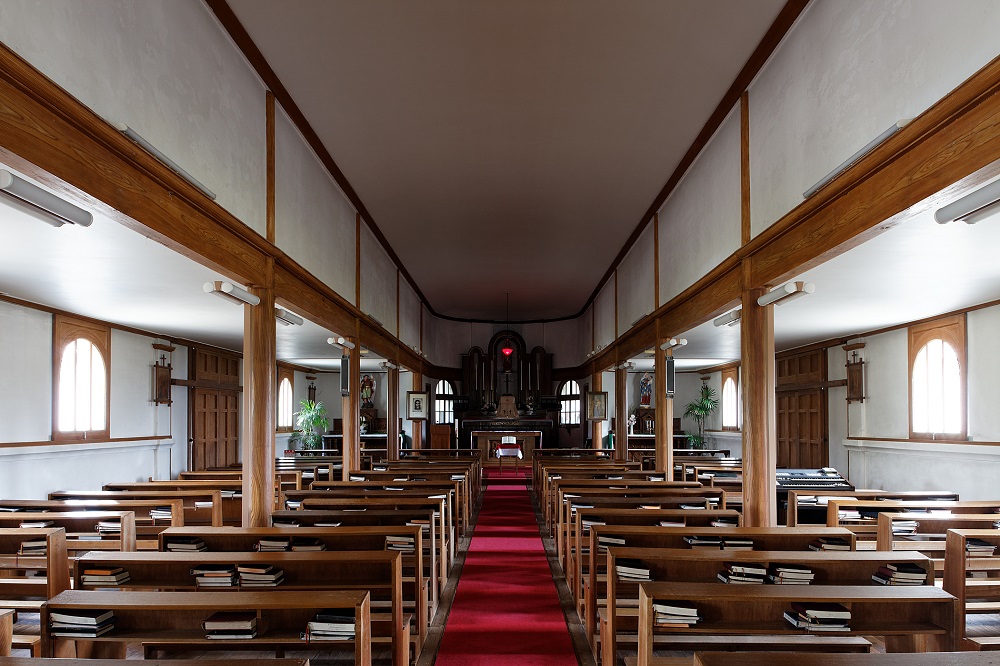 11_Shitsu Church with its two steeples 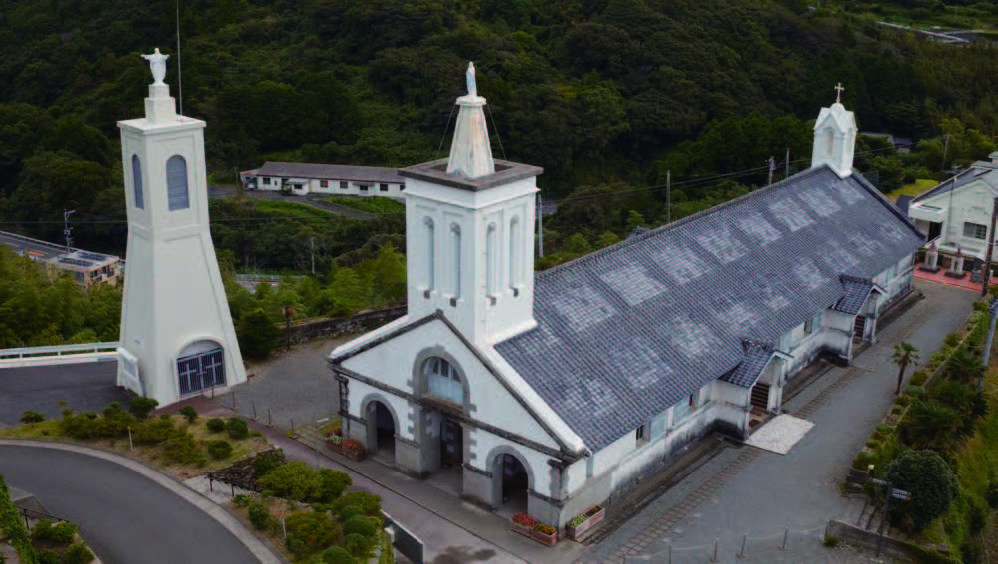 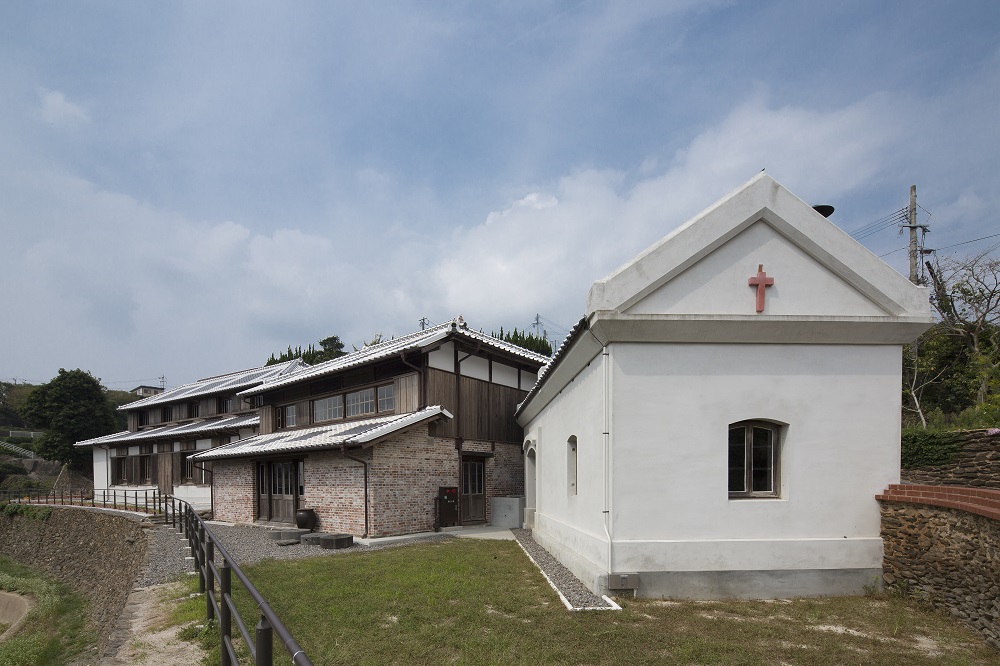 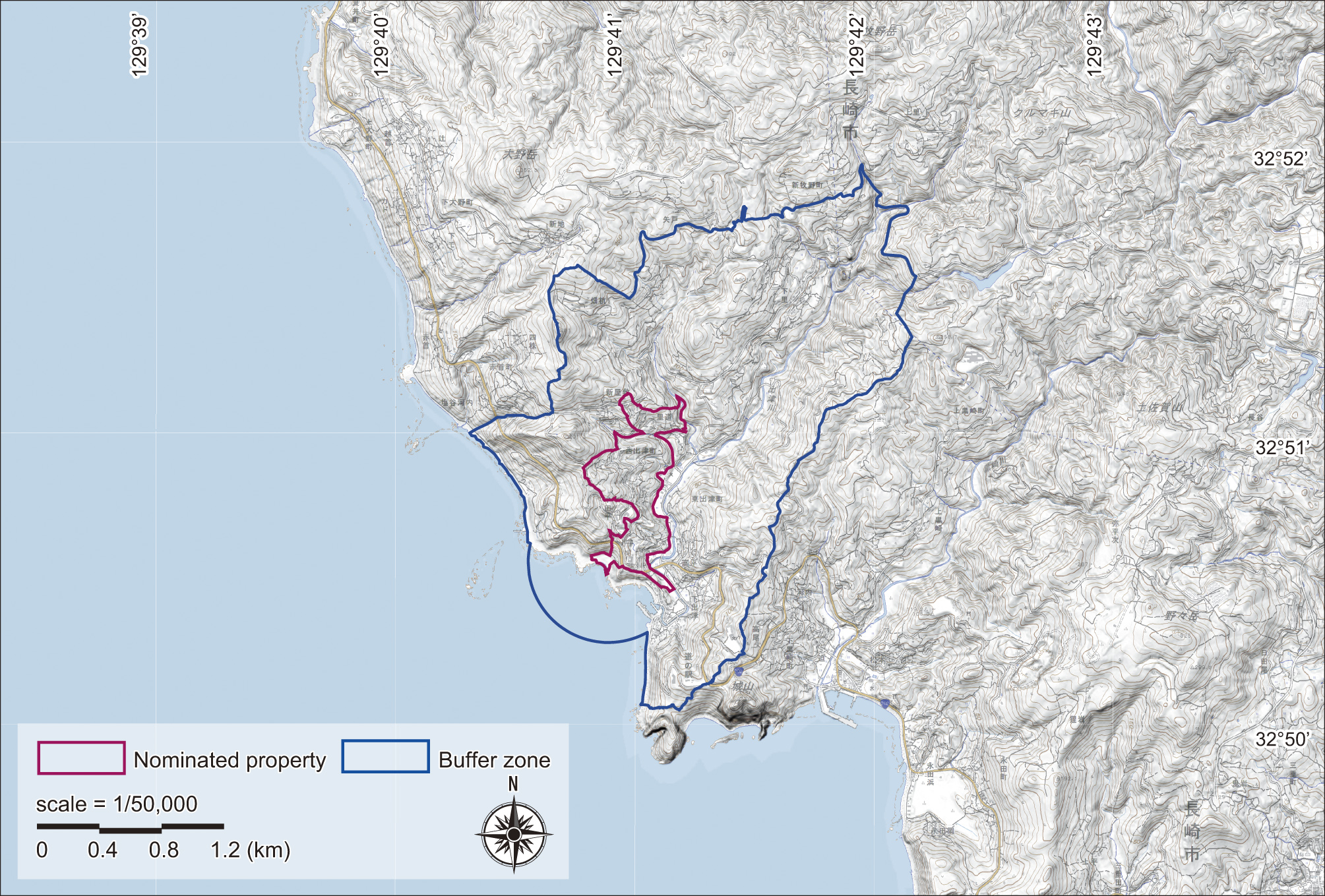