The Villages on Kuroshima Island are one of the four components demonstrating to which locations the Hidden Christians migrated to maintain their religious communities. Some Hidden Christians migrated from different areas of the Nagasaki region to Kuroshima Island in the 19th century, following the policy of the Hirado clan to encourage migration and cultivation of official pastures which had earlier been abandoned by the clan. The Hidden Christian migrants selected the island, dreaming of a place where they could live in harmony with the pre-existing communities there. They maintained their religious communities while they secretly prayed to a statue of Maria Kannon (a Buddhist figure representing the Virgin Mary) which they had secretly placed in the Buddhist temple that they outwardly belonged to. After the lifting of the ban on Christianity, the Hidden Christians rejoined the Catholic Church and built a new church in the central area of the island, representing the end of the their hiding.

Kuroshima Island, with a circumference of almost 12 km, is located to the west of Sasebo City, which is in the northwestern part of Kyushu Island. On this island, there remain the former pastures that were cultivated by the Hidden Christian migrants from Sotome, the Buddhist temple where the Hidden Christians secretly venerated a Buddhist statue as the Virgin Mary (Maria Kannon), the sites of the houses of Hidden Christian leaders as well as their communities’ graveyards, the site of the magistrate’s office where the Efumi ceremony took place, and the site of the church that was built after the lifting of the ban.

There are no records attesting to a Catholic mission on the island during the latter half of the 16th century, suggesting that there was no direct introduction of Christianity by the European missionaries to the island.

The Hirado clan established official pastures on the island in the 17th century, but they were abandoned in the early 19th century. The clan then decided to convert the pastures into farmland and encouraged peasants to migrate to the island to cultivate the once-abandoned sites. Following this encouragement, peasants migrated to Kuroshima Island from Sotome and other places, and had formed seven new villages by the middle of the 19th century. Among the migrants many were Hidden Christians, and six out of these seven villages were actually Hidden Christian villages: Hikazu, Neya, Nakiri, Tashiro, Warabe and Todobira.

The Hidden Christians on Kuroshima Island outwardly behaved as Buddhists and were affiliated to a Buddhist temple, Kozenji Temple, which had recently been established in Honmura Village in the early 19th century in response to the increase in population resulting from migration to the island. On Kuroshima Island, the Efumi ceremony was conducted every year in order to confirm that there were no Christians in the villages. The ceremony took place in the Magistrate’s office at the house of the headman of Honmura Village—a branch office that the Hirado clan used to control the island. The Hidden Christians were forced to step on plates bearing images of Christ or the Virgin Mary.

The Hidden Christians secretly placed a figure called Maria Kannon in the main hall of the temple. It was originally a standing image of a Buddhist deity, Kannon Bodhisattva, but venerated by Hidden Christians as the Virgin Mary. They outwardly participated in the Buddhist services while actually worshipping the Virgin Mary there. The Hidden Christians on Kuroshima Island thus maintained their faith by behaving as Buddhists outwardly. One of the ways in which this approach can be seen was in the distinctive way that they created their graveyards—at first glance they appeared to be Buddhist graveyards but in fact their burial method and the direction of their gravestones were actually quite different from ordinary Buddhist graves.

In the beginning, they selected two sites for temporary churches. One of these was the house of the Deguchi family, which had served as Mizukata in Hikazu Village for generations during the ban. As momentum for building a new church grew among the communities on the island, the first Kuroshima Church was constructed in 1880 in the central part of the island, which was convenient for everyone. This construction symbolically marked the end of Hidden Christians’ hiding in the villages on the island. Local Catholics still offer prayers at the present Kuroshima Church, newly built in 1902, every week to atone for their ancestors’ trampling on Christian images in the Efumi ceremony during the ban on Christianity, thereby keeping alive the memory of the period of the ban. 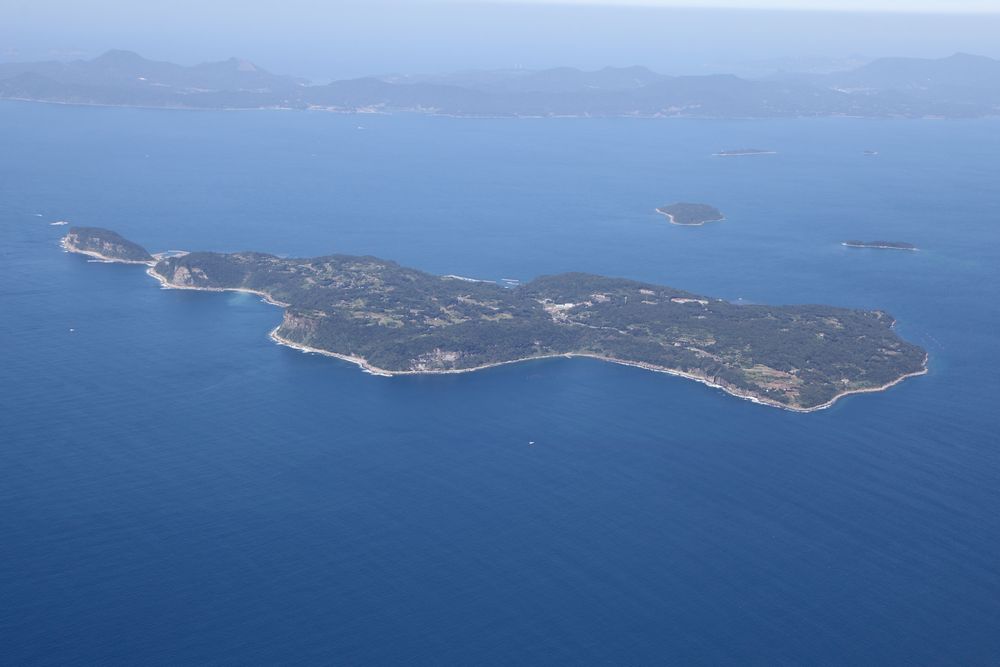 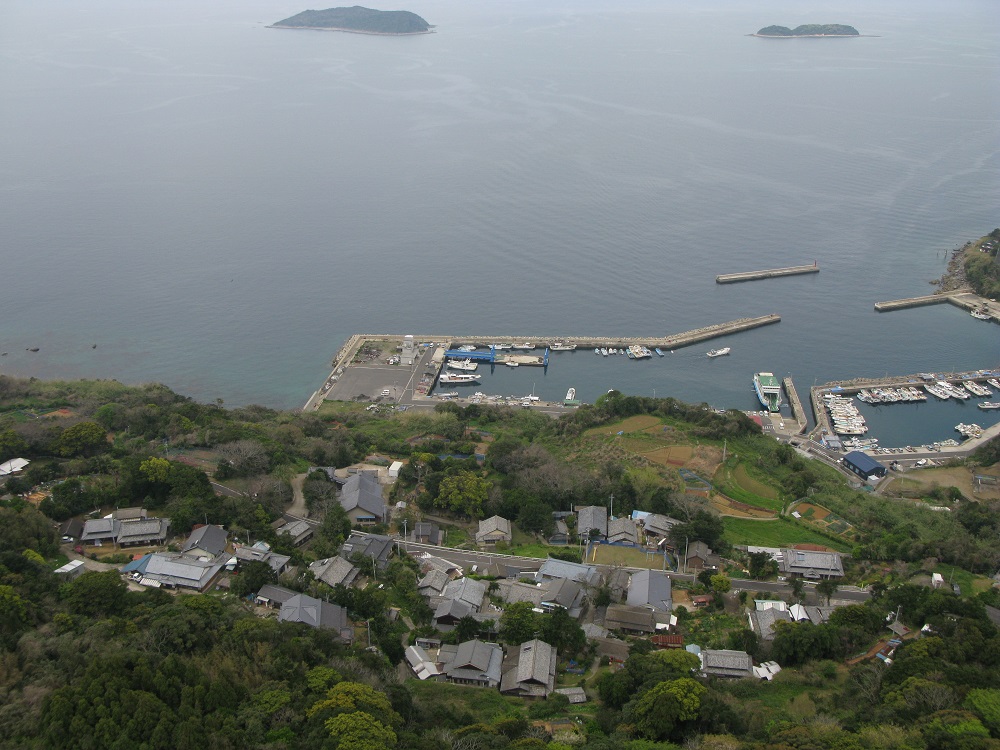 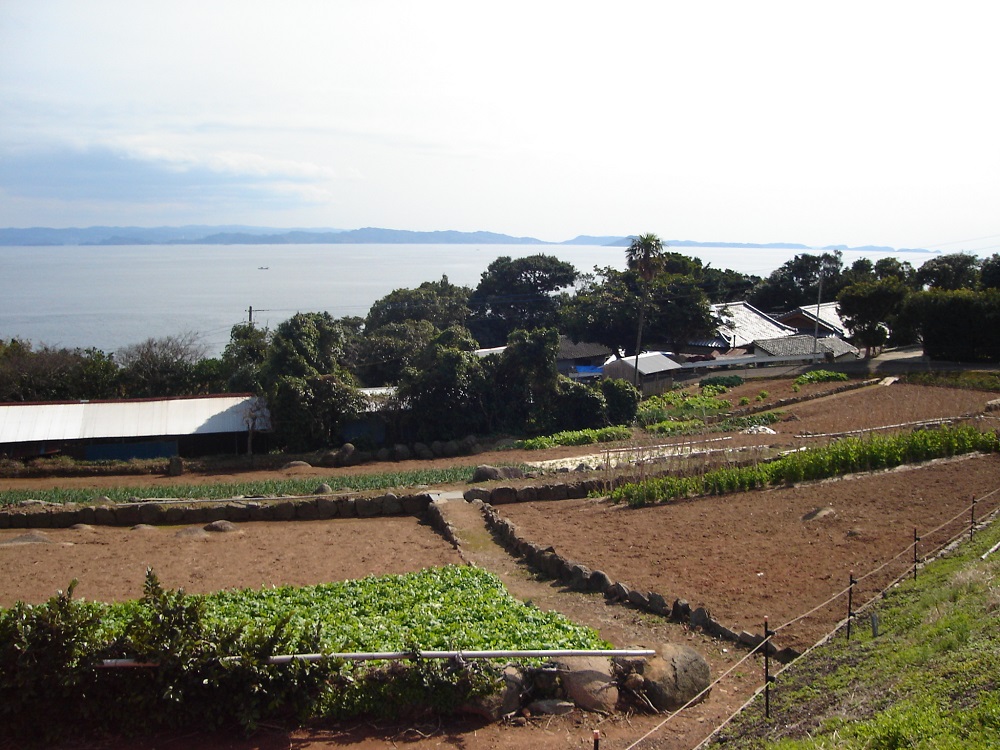 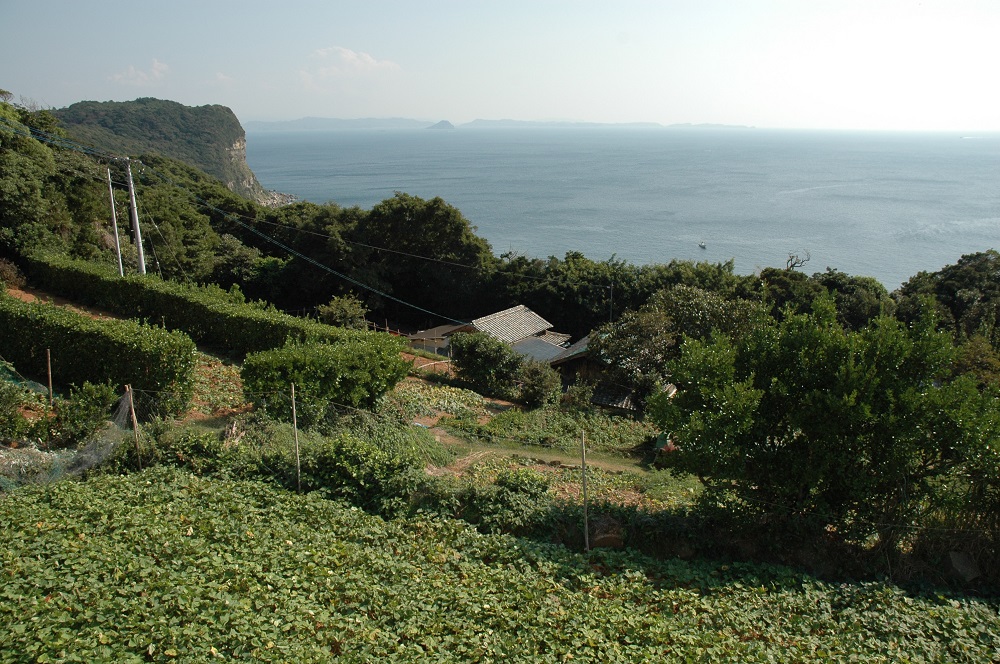 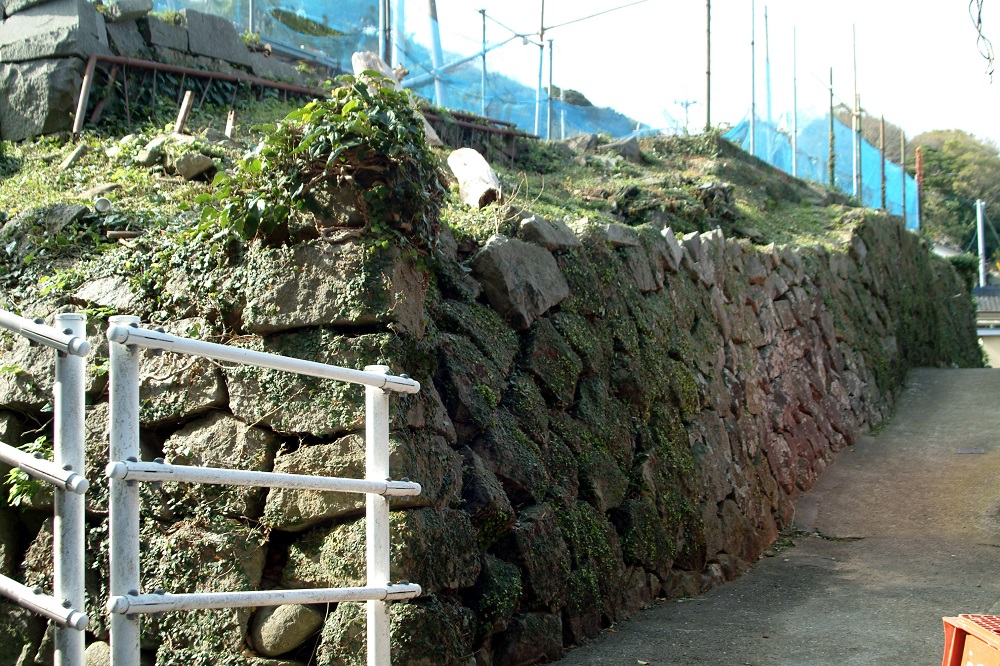 07_Bell in Kozenji Temple (The name of a Hidden Christian is engraved.) 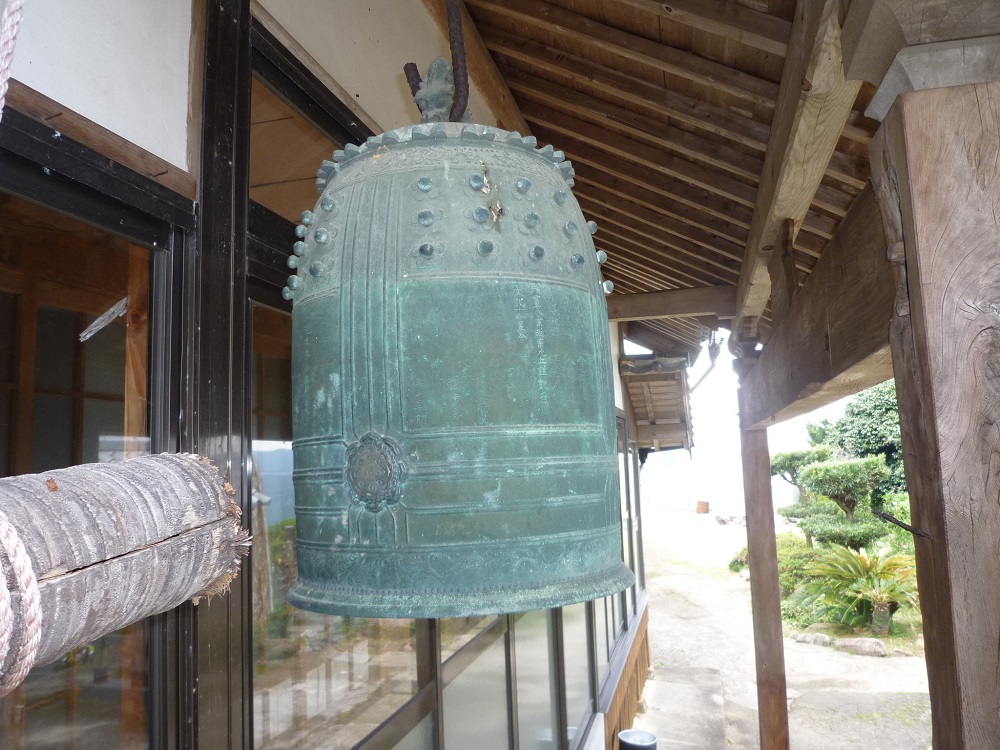 08_Maria Kannon statue in Kozenji Temple. (This does not exist any longer.) 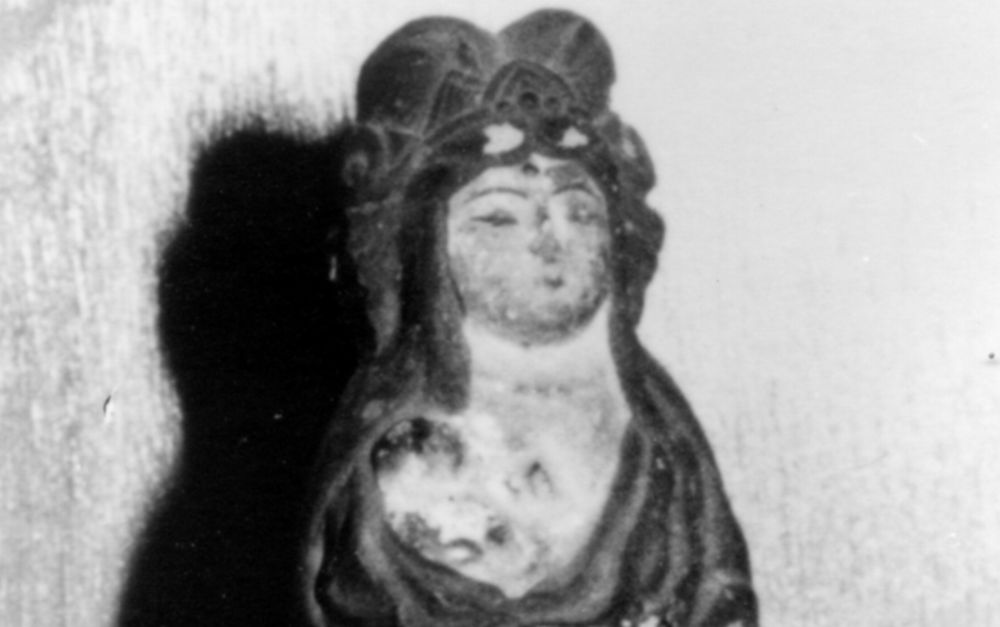 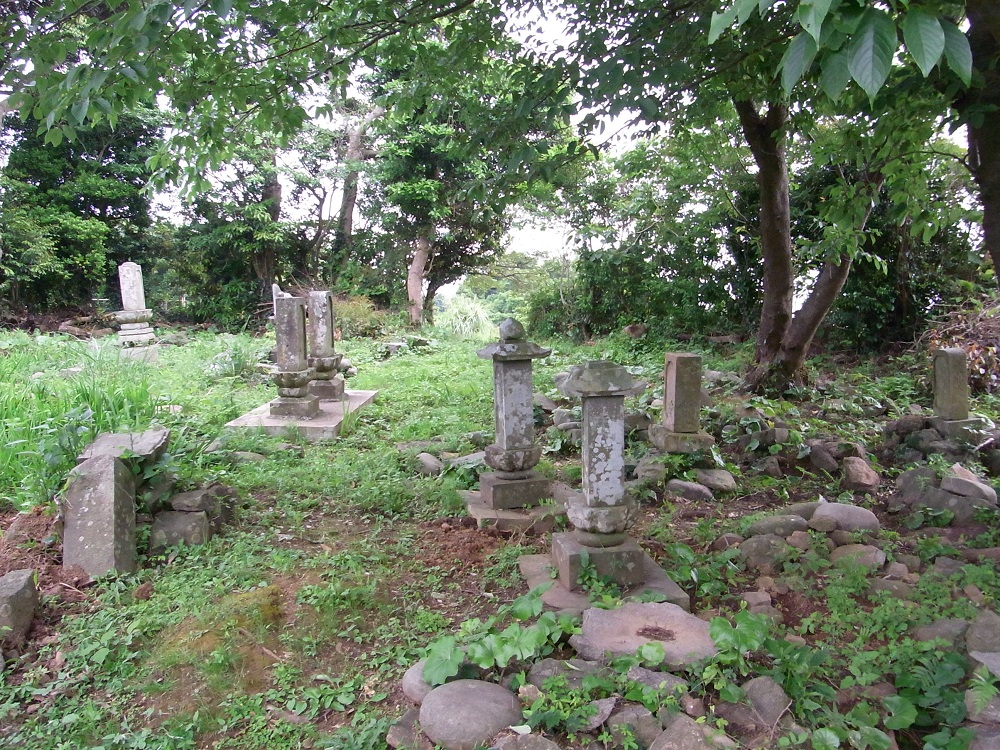 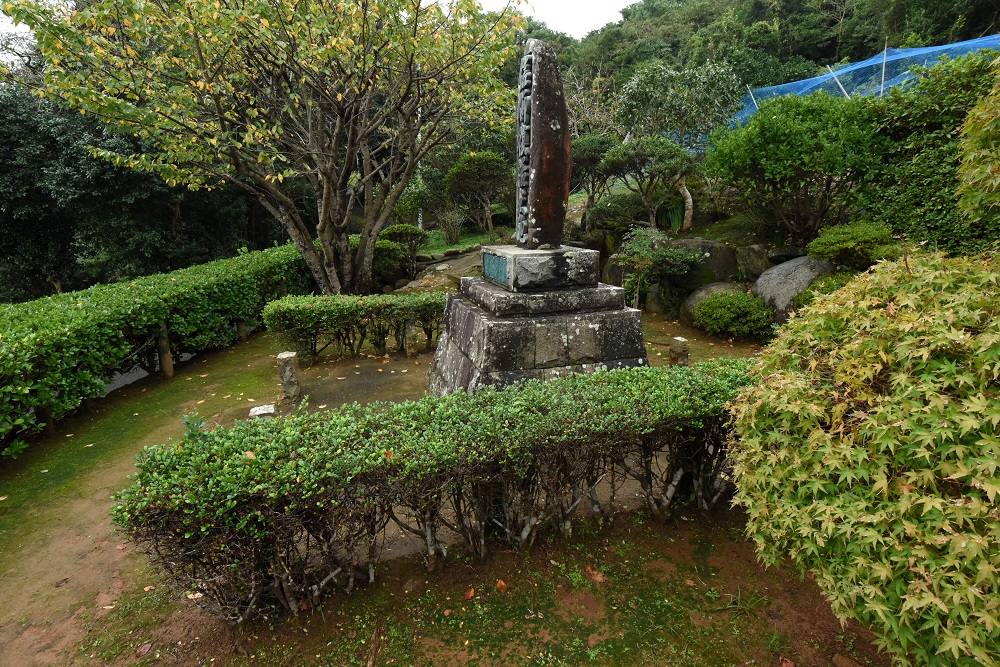 11_Current Kuroshima Church standing on the site of the first church 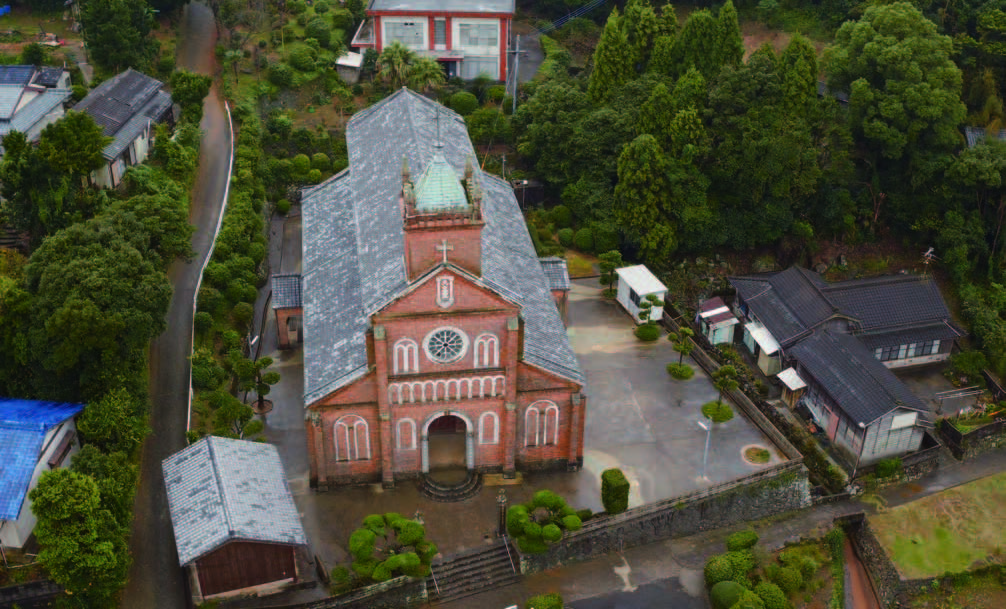 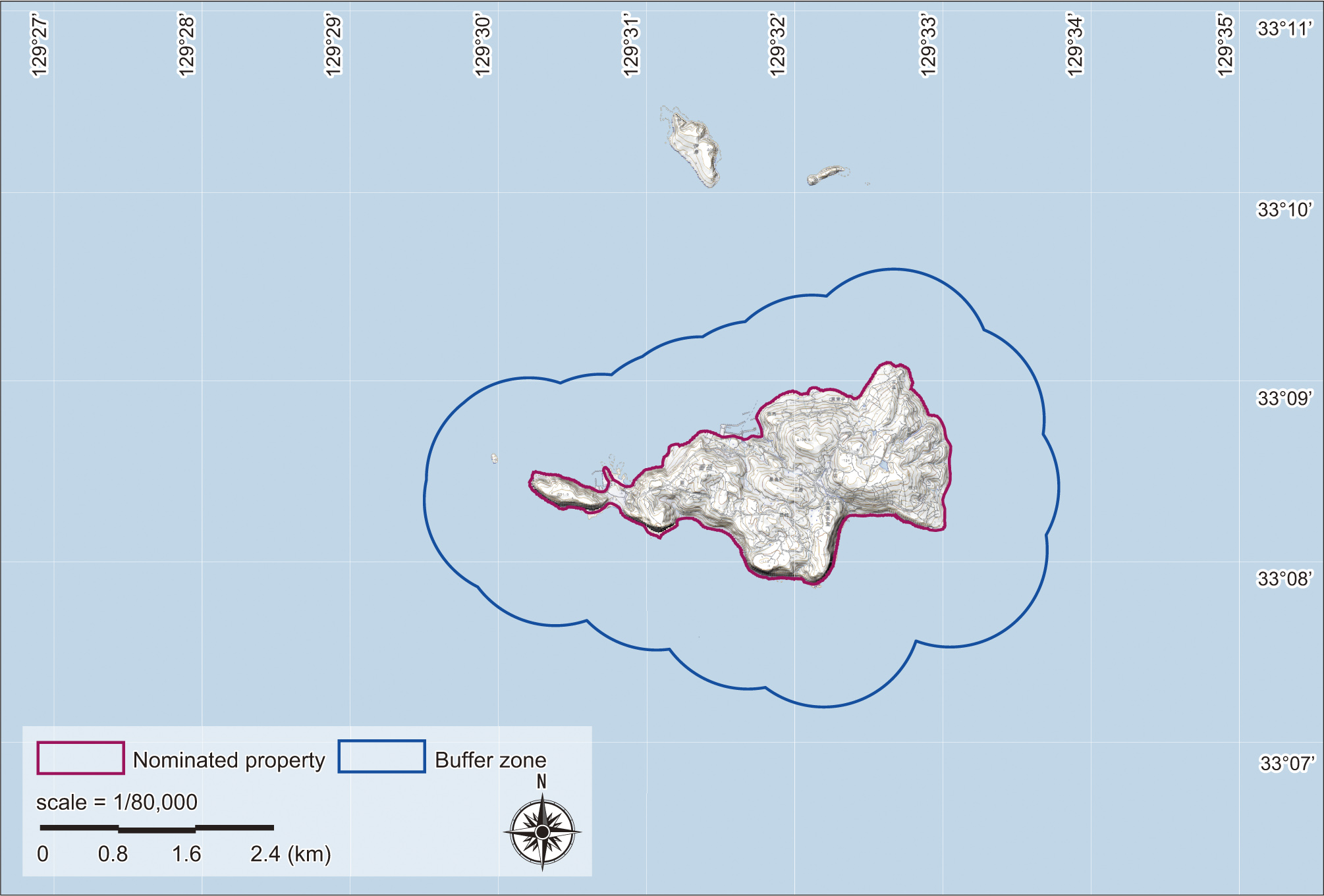